One killed, many injured as police, Shi’ites clash in Abuja 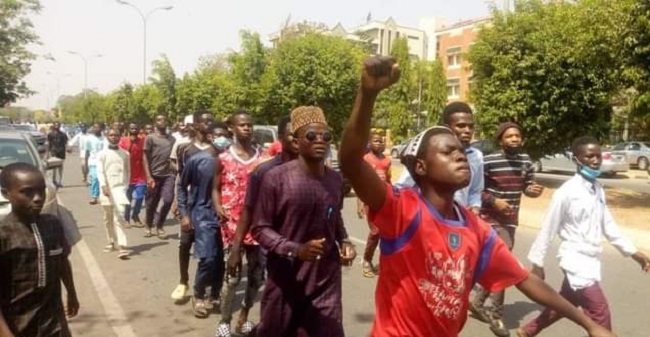 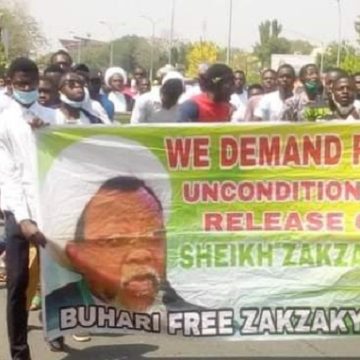 The lingering clash between the Islamic Movement of Nigeria (IMN) otherwise known as Shi’ites and the Nigerian Police Force has left one of the IMN members killed, many injured.

In a statement signed by Abdullahi Musa and made available to Tribune Online, Police clashed with the Shi’ites protesters who were demanding the release of their leader, Sheikh Ibraheem El-Zakzaky and his wife, Zeenat from detention.

Recall that it was reported that Zeenat El-Zakzaky tested positive for COVID-19 while in detention in Kaduna.

“Buhari is gradually turning this country into a police state as police brutality has grown into a day-to-day occurrence, and police want to make it the new normal with outrageously blatant human rights infringement and violation.

“Even, seemingly, protest, one of the means for the citizenry to voice their grievances, is being shot at their faces. Aggrieved citizens can’t even protest without a glitch from security agents. The citizens are not allowed to demand what has been denied them.

“Again, today, January 26, 2021, police waylaid protesters at the crossroads of Transcorp Hilton, with the match from National Human Rights Commission,” the statement read.

The Shi’ites said the police “Shot many tear-gas canisters indiscriminately, dousing their victims with the gas, before bullets started flying all around and one protester confirmed the death.

“Unfortunately, these victims, with every likelihood, may not even receive the medical or surgical treatment their condition required, only to be taken to, and equally be dumped, at the SWAT headquarters. They should be released,” Musa noted.

The IMN, however, said: “if this daily protest is deemed as a slap on the tyranny and persecution wrist, let our leader be released immediately and unconditionally, just before a slap in the face.