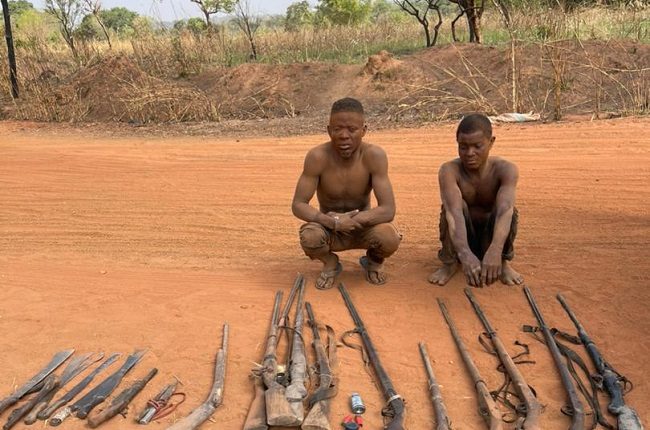 One person was killed and several houses set ablaze in a communal clash at Mbalom council ward of Gwer East Local Government Area of Benue State, on Tuesday.

The communal crisis that erupted among three communities; Tse Hundu, Tse Yanre and Tse Aku all in Mbalom council ward, according to local could have resulted in the loss of several lives but for the prompt intervention of troops of Operation Whirl Stroke which responded to a distress call from leaders of the communities.

According to a local who simply identified himself as Tersoo, the communal clash that happened among three communities in Mbalom council ward houses were burnt and one person was killed in the crisis.

Tersoo said: “When the crisis was getting out of hands, some members of the communities quickly alerted troops of OPWS stationed at Naka Road who immediately responded by rushing to the area to restore normalcy.

“As I speak with you now, two suspects have been arrested with some arms, dangerous weapons and charms. We are hearing that the suspects were later handed over to the Police.

Efforts to get the Force Commander, OPWS,  Adeyemi Yekini, failed as several calls put to his phone was neither picked nor returned at the time of this report.

Meanwhile, the State Command spokesperson, Catherine Anene, when contacted said she was yet to be briefed.

Nigeria may be close to flattening the curve of the COVID-19 pandemic as confirmed cases in the country keep dropping weekly, Tribune Online analysis has shown. This is even as the much-expected COVID-19 vaccines arrived in Abuja, the Federal Capital Territory last Tuesday…One killed, houses burnt in Benue communal clash