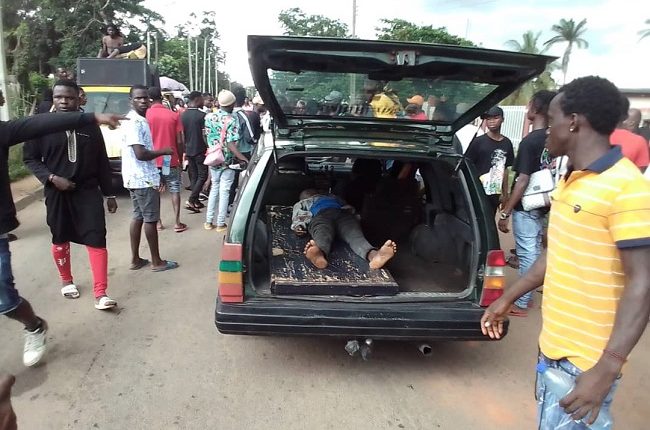 One person has reportedly been killed in #EndSARS protest in downtown Ring Road, Benin while four were injured.

The All Progressives Congress (APC) has told a Federal High Court in Abuja, that the Comrade Adams Oshiomhole-led National Working Committee (NWC) was sacked to solve the internal leadership crises rocking the party…#EndSARS protest    #EndSARS protest

The party also said that immediately the Caretaker/Extraordinary Convention Planning Committee was put in place after the NWC’s dissolution, the crises that had characterised its affairs were laid to rest…#EndSARS protest  #EndSARS protest

The Emir of Zazzau, in Kaduna State, Alhaji Shehu Idris has died in his palace at the age of 84…#EndSARS protest

Emir of Kano now permanent chairman of council of Emirs

UPDATE: One killed, four others injured as #EndSARS protest turns bloody in Edo