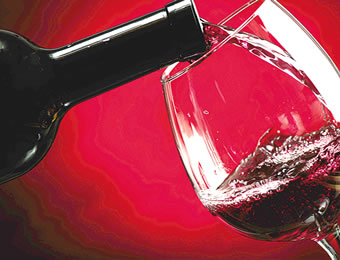 Many people always talk about taking ‘one glass of wine a day’ to protect the heart. In this report by SADE OGUNTOLA, experts say this shouldn’t be suggested without indicating that alcohol, albeit small, can increase a person’s risk of developing an abnormal heartbeat.

Like it or not, alcohol is part of the fabric of many cultures of the world. Whether it’s a happy hour with friends, a naming ceremony, birthday, promotions, or opening of a new house, a lot of people choose to enjoy a few drinks now and then.

Unfortunately, drinking alcohol every day is described as one of the most important risk factors for the global burden of disease and disability. More so, drinking alcohol every day, in fact, can raise the chances of getting atrial fibrillation, a condition that makes the heartbeat really fast and out of rhythm. Its complications include blood clots, strokes, heart failure, and other heart conditions.

A recent study found that compared to drinking no alcohol at all, just one alcoholic drink a day was linked to a 16 per cent increased risk of atrial fibrillation over an average follow-up time of nearly 14 years.

The study, published in the European Heart Journal, focused on about 108,000 people that regularly drink a modest amount of alcohol in five community-based studies in Sweden, Norway, Finland, Denmark and Italy. It categorised one alcoholic drink as containing 12g of ethanol, which is the equivalent of a small (120ml) glass of wine, a small beer (330ml), or 40ml of spirits.

The participants underwent medical examinations at the time they joined the studies between 1982 and 2010 and provided information on their medical histories, lifestyles (including alcohol and tobacco consumption), employment and education levels. A total of 100,092 participants did not have atrial fibrillation when they enrolled and their median age was nearly 48 years (range 24 to 97 years).

According to the study, the associations between alcohol consumption and the risk of atrial fibrillation were similar for all types of alcoholic drinks, and for men and women. Also, the risk of atrial fibrillation rose with increasing alcohol intake; up to two drinks a day was associated with a 28 per cent increased risk and this went up to 47 per cent for those who consumed more than four.

“Given recent trials among moderate drinkers showing reduced episodes of atrial fibrillation recurrence after periods of abstinence, and the fact that we found that even low levels of alcohol intake may confer risk, a strategy of reduction of alcohol consumption might have the potential to prevent a substantial number of cases of atrial fibrillation,” the researchers wrote.

President, Nigerian Cardiac Society, Dr OkechukwuOgah, stated that atrial fibrillation is a type of sustained irregular heartbeat (arrhythmia) that causes the upper chambers of the heart to quiver rather than beat normally, and the commonest seen in medical practice.

“In my own language, I call it a dancing heart because the heart’s rhythm is abnormal. The irregular heartbeat doesn’t follow any pattern,” he stated.

According to him, changes in the heart’s electrical system may be linked to the presence of any heart disease, high blood pressure, diabetes, obesity, smoking, weakened heart muscles, thyroid problems, electrolyte imbalance, some medicines and stimulants like alcohol.

“Ethanol, or alcohol, and its metabolites can have toxic effects on the heart muscle, initiating abnormal heartbeat. Alcohol itself can damage the whole heart, leading to heart failure on its own.”

The expert, however, declared that atrial fibrillation sometimes runs in families, affects one to two per cent of every population globally and is commoner in whites and those who are above 60 years due to the wear and tear in their heart due to ageing.

Mostly, some people have no obvious symptoms of atrial fibrillation. It is picked up during a routine visit to the hospital. For others, their first atrial fibrillation episode can be a dramatic, frightening event for both them and their families. The symptoms that appear may include palpitations, shortness of breath, and fatigue. Others are fluttering or “thumping” in the chest, dizziness and fatigue when exercising.

“People have had their legs cut off because a big blood clot that gets dislodged get migrated from the heart to block a major blood vessel in the leg. The blood clot can hide anywhere. That’s why it is the big problem,” he stated.

The potential for clotting is the main reason why the risk of stroke is four to five times higher in people with atrial fibrillation than in people without the condition.

Dr Ogah, however, said early detection and treatment of an irregular heartbeat is crucial to prevent its deadly complications.

While preventative strategies for heart disease and high blood pressure can also reduce a person’s chance of developing atrial fibrillation, he stated that not all cases of atrial fibrillation can be prevented, as such the importance of its early detection and treatment.

Cardiologists can use a variety of tests to detect atrial fibrillation. These include an electrocardiogram, which measures the heart’s electrical activity, and an echocardiogram, which uses sound waves to get a picture of heart function.

It is well known that people who drink a lot of alcohol regularly are at increased risk of developing heart failure, and heart failure can increase the incidence of atrial fibrillation. Several studies have shown a slightly higher risk of heart problems for people who never drink alcohol.

In particular, moderate amounts of alcohol appear protective for the ‘plumbing’ or blood supply to the heart muscle, but individuals with irregular heartbeats might be better off avoiding alcohol completely because the benefits of alcohol do not extend to the electrical parts of the heart or heartbeat.

Certainly, more research still needs to be done to determine the specific causes responsible for the relationship between alcohol and irregular heartbeat. Until then, an individual has to make its own best-educated decision as to whether “consuming up to one alcoholic drink per day is worthwhile and safe”.

Kidnapping and closure of schools: Surest bomb for the destruction of Nigeria (3)