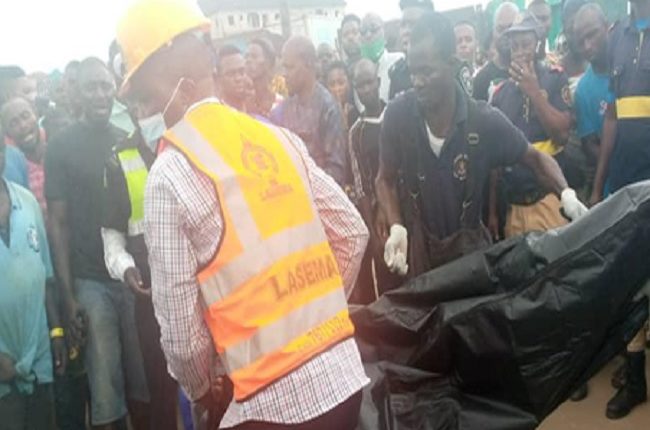 A Gas explosion has claimed the life of One person at Alafia bus stop beside Atlas, in Orile Iganmu axis of Lagos State on Monday.

Tribune Online gathered that apart from the deceased, Ajibola Olaoye, 35, who lost his life, four others sustained various degrees of injuries.

While confirming this incident, The Lagos State Emergency Agency confirmed the incident, saying that Olaoye died while working on heavy-duty equipment.

Head of Public Affairs, LASEMA, Nosa Okunbor, said, “Upon arrival at the scene of the incident, it was discovered that there was an explosion from a gas cylinder used in welding a truck flatbed with an unknown registration number. The explosion was a result of gas leakage from the cylinder.

“However, an adult male (Ajibola Olaoye, 35yrs) lost his life at the scene of the incident and four adult males sustained injuries and had been rushed to the hospital before the arrival of emergency responders.

The dead victim was bagged by the LRT and handed over to his family in the presence of Officers of the Nigerian Police Force from Amukoko Division.”