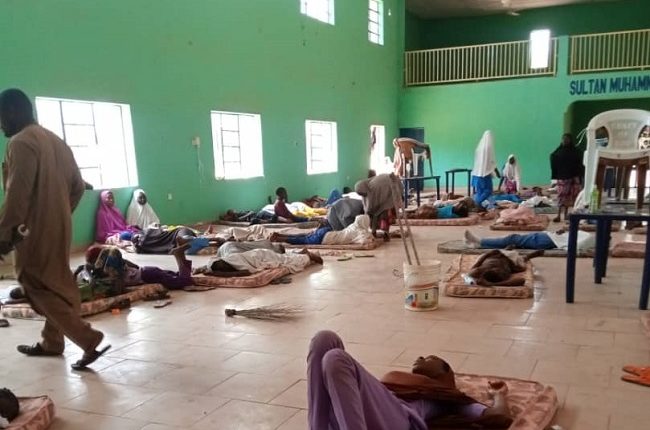 At least one student has been confirmed dead following an outbreak of a strange disease at the Government Girls College Sokoto.

A source who disclosed this to our correspondent had earlier claim that the outbreak at the school is meningitis and has killed an unspecified number of students.

Reacting to the development in a phone conversation with our correspondent in the state, the Director of Public Health at the Sokoto State Ministry of Health, Ahmed Abdulrahman, dismissed the claim.

Abdulrahman, however, confirmed that over thirty students were admitted at the state-owned Specialist hospital as a result of the outbreak.

He further said the reported dead student was not part of the students admitted in the state-owned hospital.

According to him, all thirty students admitted have been treated and discharged, and the state ministry of health has taken samples from the victims to investigate the nature of the ailment.

He calls for calm saying the health ministry will make the outcome of the investigation public as soon as it is concluded.

At about 25 minutes, the train slowed down at the uncompleted Omi-Adio terminal, a village on the Abeokuta/Ibadan expressway; it’s a stone throw from Apata in Ibadan. Conveyance of passengers from there and other terminals has not kickstarted as the terminals are still under construction and workers were found there…One dead, 30 hospitalised as strange disease hits Sokoto boarding school