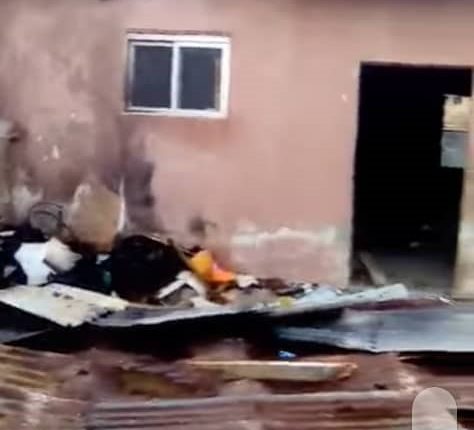 Tragedy struck in the agrarian community of Igarra, Akoko Edo Local Government Area of Edo State on Monday night as a middle-aged man, Kayode Akerele, was burnt to death in a midnight inferno which gutted his home.

Akerele, also known as Americana and who was in his late fifties, died before help could come his way, though a part of the building housing the Peoples Democratic Party, (PDP), Secretariat in the locality was salvaged by neighbours.

A member of Akerele’s family who spoke on the cause the fire attributed it to a candle the deceased lit in his room and slept off.

“A neighbour said he saw him buy a candle and went into his room. He lit the candle and slept off. The candle burnt into the rug and then inflamed the ceiling and in the process, the ceiling collapsed on him. He must have been in a deep sleep as he was suffocated and burnt to death”, the family member volunteered.

The family member further explained that the remains of the late Akerele was immediately buried “to avoid prying eyes and persons who wanted to immediately start posting his pictures on social media, so family members who were around mobilised immediately and ensured he was buried. He was among those who graduated into the Igarra community elders council in 2018”.