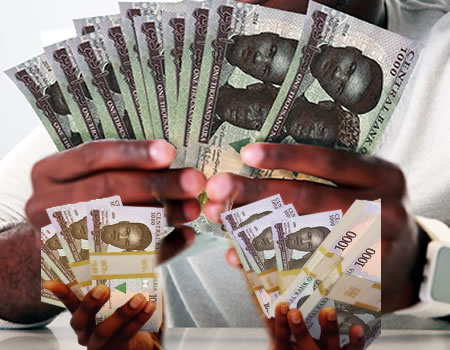 There was massive vote-buying during the Ondo State governorship election held across the 18 local government area of the state on Saturday.

After each voter cast his or her votes, the political agents will confirm the voter’s votes and give tallies for them to have their money in the full presence of security agents.

Our correspondent who monitored the election in the Southern Senatorial District of the state observed that while the ruling All Progressives Congress (APC) distributed between N5,000 and N10,000 to each voter, the opposition People’s Democratic Party (PDP) gave between 2,000 and N3,000 to voters in most of the polling units visited.

One of the voters in Irele, who identified himself as Sanya Adefua regretted the vote-buying which characterised the poll, saying people must begin to see election beyond money but rather as an opportunity to elect a politician they feel will give the society the dividends of democracy.

According to him, “What is happening here today is really sad because votes were openly bought with N5,000 by a political party and people were happily taking it. Very unfortunate that at this level and after all sensitisation, people still follow money and jettisoned their conscience.”

Another voter in Anglican polling units in Irele, Fagun Olawale said, “As it stands, we are going for another four years of suffering because people are trading away their future because of 5,000. I don’t know why our people cannot think and see the reality of things.”

Tribune Online saw the agent of the ruling All Progressives Congress (APC) sharing money to voters in Polling unit 8, ward 2 in Ugbo at Ilaje.

“This is Agboola stronghold but unfortunately the APC guys are buying people with money. The outcome of the poll will determine whether there will be violence or not”, a voter, Ikujenla Ayo said.

The same allegations were what was obtainable at different polling units in the local government.

The spokesperson of the police command in the state, Sam Leo-Ikoro, disclosed that allegations will be investigated.

“We will investigate the allegations at various polling units. Such is an aberration, ” he said.