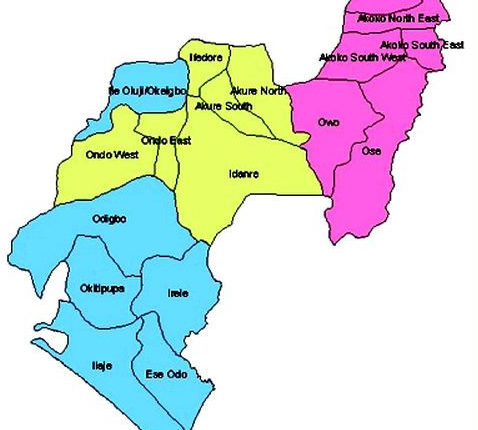 Ondo Political Awareness Group has said that the Ondo people are wiser and will mount a strong resistance against persons or groups who may want to reinforce the promotion of bad leadership in the state.

The group made this known in a statement issued on Sunday by its Coordinator, Comrade Kola Salawu

The statement read “Our attention has been drawn to a self-serving political statement and a poorly audited video credited to the son of late Pa. Adekunle Ajasin, the revered former governor of Ondo State and leader of Yoruba socio-cultural group (Afenifere), and brother of Mrs Jumoke Ajasin-Anifowoshe.

“First, it is on record that late Pa. Ajasin remains the most disciplined and honest leader Ondo state, and by extension the Yoruba race, ever produced.

“In the image laundering statement, late Pa. Ajasin’s son lowered what is generally acceptable, to the teeming Ondo populace, as a parameter for judging good performance.

“The Ondo Political Awareness Group knowing the antecedents of Chief Mrs Jumoke Ajasin-Anifowoshe has since pitched tent with her renewal agenda at resuscitating the continuation of Pa. Adekunle Ajasin’s novel progressive plan long abandoned for porridge and pocket politics.

“The legacies of late Pa. Ajasin remains indelible and no longer shall Ondo indigenes gamble with their destinies as to leave governance in the hands of a handful of political sojourners.

“We wish to inform him of the resolve of Ondo people to go with Mrs Jumoke Ajasin-Anifowoshe who has pledged to be pro-people, fix the economy, subsidise education at unmatchable quality, provide excellent and unfailing healthcare system, revolutionize agriculture, provide security and ensure human capital development.

“We are pained that any member of the Late Pa Ajasin’s family will abandon a vision well advanced before military interregnum in 1983 and for whom our leading choice, Mrs Jumoke Ajasin-Anifowoshe is avowedly committed to re-enacting once she assumes the seat for a self-serving political promo.

“We advise that it is not too late for him to revisit his father’s memoirs, library and archives, which is complete with progressive thoughts and plans, pro-people policies and programs and without a blindfold, consult with his sister Jumoke Ajasin-Anifowoshe who is now the custodian of everything Pa. Ajasin stood for and whom Ondo State people have sworn to elect in a bid to reverberate the political ingenuity and sagacity for which Owo people, through Pa. Ajasin were renowned and respected.

The unfolding politics of 2023