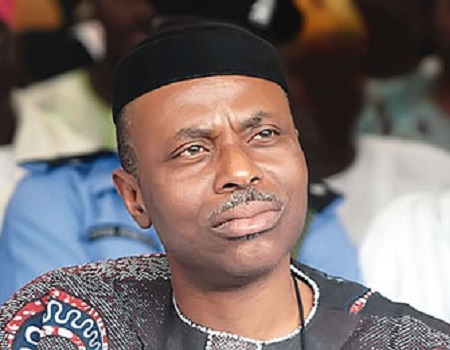 FORMER Governor of Ondo State and the Senatorial Candidate of the Zenith Labour Party (ZLP) in the February 16 Election, Dr Olusegun Mimiko, on Monday, said he will create synergy with politicians of like minds to lobby other members of the National Assembly to legislate for Election Finance Reform Law.

Mimiko stated who stated this in Akure, Ondo state capital while addressing people from the six local governments areas that constituted Ondo Central Senatorial District, said he would also lobby for legislation of masses oriented projects to replicate programmes and projects executed and implemented while he was the governor of the state.

Mimiko appreciated the people of the area for supporting him in his past political career, said he would not let the people down if he wins the senatorial election.

He notes that huge money is being expended on the election in the country which made elective office solely reserved for the highest bidders and moneybags, saying the monetisation of election contest had been denying people of good representation both at the legislative and executive arms of government.

He expressed optimism that laws that would regulate election finances in the country would be put in place saying this would allow people to elect who they really wanted in the position of authority.

He, however, promised that he would work with other progressive members of the National Assembly to legislate towards making laws that would make quality education, health services, social services affordable for the masses.

” I will join progressive minded lawmakers to legislate for Universal Health Coverage for Nigerians.

“I will join other progressive-minded members of the National Assembly to legislate for free, compulsory and qualitative Universal Basic Education.

“I will join others to legislate for the restructuring of Nigeria to ensure equity,” Mimiko said.

“We have done it when it was the governor. We built 51 modern markets. We built modern/mega primary schools where children of the rich and the downtrodden have the same access to modern learning tools.