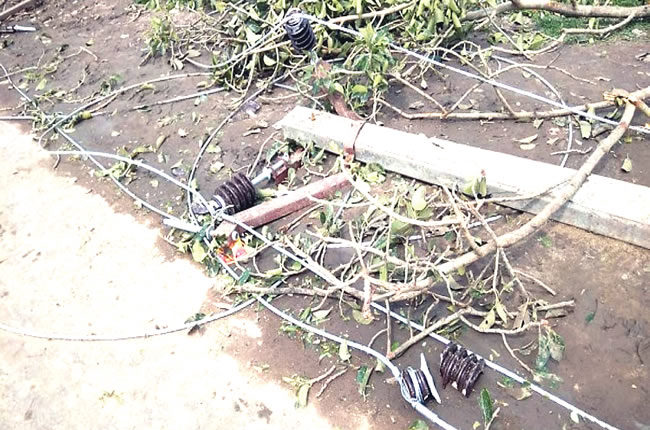 Residents of the five local government areas in the southern senatorial district of Ondo State have sent a passionate appeal to the Ondo State governor, Mr. Rotimi Akeredolu, to revisit and address the power outage challenges confronting the people of the area for over a decade, and restore life to the towns, villages and communities in the affected areas.

The people of the district, comprising Odigbo, Irele, Ese Odo, Okitipupa and Ilaje local government areas have been living in perpetual darkness for over a decade. They described the crisis as a deliberate move not to restore the affected communities to the national grid after years of disconnection by the Benin Electricity Distribution Company (BEDC). They added that the development has brought untold hardship to them, making life meaningless, as commercial activities had been paralysed in the areas. Those who rely on electricity for their businesses have relocated to other areas to secure their livelihoods.

A community leader in Irele, Chief Amos Adegoroye, who said they resolved to beg Akeredolu to look into their plight and put an end to their problem, stated that not even series of protests embarked upon by residents changed their plight.

He said the youths and community leaders had protested on several occasions with no positive result, saying the authorities promised to assist but nothing concrete had been done. He said not even lawmakers representing the areas hadbeen helpful.

A resident of Okitipupa, Goke Adetarami, said the problem started when the BEDC disconnected electricity over some accumulated bills and claimed that some of its equipment had been vandalised by miscreants who also stole some properties belonging to the company.

“Many of the communities have experienced blackout for many years while some areas have been subjected to over 10 years of darkness. The claim of vandalism of power infrastructure by miscreants is unconfirmed and therefore considered as untrue. I know that the supposed miscreants, if they truly exist, also desire to enjoy stable power supply.

“Having gone through the relevant sections of the Power Reform Act, there is no provision that empowers BEDC to disconnect communities from the national grid. Even if there are genuine claims of outstanding debts, BEDC is not empowered by any law to disconnect communities. But unfortunately, the same BEDC disconnected Ondo South due to questionable and frivolous claims,” he said.

A lecturer from one of the institutions in the area, who identified himself as Modupe, said the past government paid lip service to restoring electricity in the four local government areas. He commended the present administration in the state for taking bold steps towards resolving the issue.

He said power was restored to some areas December 2019 but said it never lasted for long. He however appealed to the state governor to fulfill his electoral promises saying “the people of this area should not regret voting him. They voted him because of the light and he should not fail them again as other politicians failed to fulfill their promises on this project.

“We are ready to contribute toward restoring electricity; we are appealing to government to support us and together we can restore electricity to the district.”

Also, Yomi Afolabi from Igbokoda, headquaters of Igbokoda Local Government Area of the state, urged Akeredolu to write his name in gold, saying the governor is on the verge of turning the southern region of the state to an industrial hub with the construction of the largest seaport in West Africa and the commencement of bitumen exploitation in the area.

He noted that life must be brought back to the southern district by restoring electricity, noting that if these two projects were completed, it would help to re-position the state.

“I want to urge the governor with all sense of responsibility that the major priority of this government to the people of this area is to restore power so that the Ondo sea port and bitumen exploration will come to reality. We know the importance of this sea port to the economy of this state and the nation of Nigeria in general,”

But explaining reasons for the continued power outage in the area, the BEDC representative for Ondo and Ekiti states, Kunbi Labiyi, said the acute power supply limitation and inability to connect more communities in Ondo South to the national grid was due to a damaged breaker at the Ondo 132/33KV station and the inability of the Transmission Company of Nigeria (TCN) to make bulk power available for evacuation in the area.

“Power supply to Ondo South zone has always been grossly inadequate due largely to availability from Ondo 132/33KV injection substation which is the only source of supply now.

“This limitation has further been worsened by a faulty breaker on one of the 2X30MVA transformers which tied customers from Ondo town down to Okitipupa on one 30MVA transformer, thereby reducing what could be wheeled out at any particular time,” she said.

According to her, the starting point of getting power to customers in the value chain is the TCN which makes bulk power available to distribution companies to evacuate at different locations which unfortunately has not been met in this case.

“As a strong commitment towards getting a sustainable solution to the power crisis in Ore and Ondo South, we have entered into a third-party arrangement to connect the region through an off-grid embedded power which is billed to materialise soon.

“However, we are hopeful that the ongoing construction of Erinje 2X60 MVA 132/33KV injection substation by the NDDC will complement all the efforts already put in place by BEDC when it is completed,” she added.

However, speaking on the efforts of government in restoring electricity after over 10 years of total blackout, the Executive Director of the Niger Delta Power Holding Company (NDPHC) , Mr. Ife Oyedele, revealed that serious efforts were being made toward ensuring the people of the district are connected to the national grid.

According to him, “We must get it right that government has no business in restoring power to communities but the government of President Buhari  has taken a conscious decision to ensure that government is for the people.

He maintained that NDPHC and the Federal Government would not play politics with issues of electricity, disclosing that all necessary resources were being deployed for the quick restoration of electricity.

“We are not in the business of tricking the people; we are serious about what we are doing. We want a lasting restoration of power to that area to ensure that when we eventually switch on the light, it will be all encompassing. We have sub-stations in the area now. We have a government that is supportive.

“I want to assure the people of Ondo south senatorial district that work is going on and by the time light is restored they will be proud of this government. We are working to ensure that the people are not short-changed. My organisation, with the support of the Vice President, will ensure that the 122 KVI being financed by NDDC from Omotosho to Ode Erinje is completed,” he said.

Meanwhile, the state government said it has met with the people of the area several times to find a lasting solution in restoring electricity to the affected areas in the southern senatorial district.

The state Commissioner for Information and Orientation, Mr. Donald Ojogo, said restoring electricity in the area had been a major concern of the present Akeredolu-led administration in the state since its assumption of office.

“Mr Governor is clearheaded about the fact that the wealth of the state is in the belly of the southern district and therefore can’t allow the people to live in darkness.

“Akeredolu in his determination and commitment to restore electricity to the areas met with stakeholders from the areas and this will be achieved soon,” he stated.