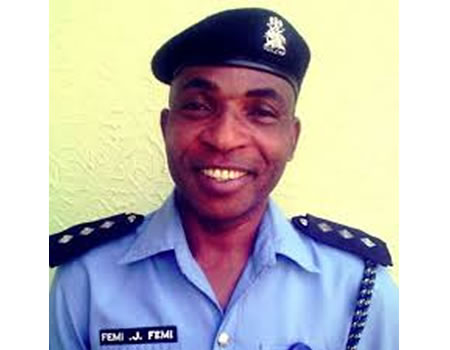 Ondo State Police Command on Saturday said three people have been arrested in connection with the alleged killing of a female banker, Nofisat Adetutu Ibrahim, who was shot dead last Wednesday.

Ibrahim was shot dead by some hoodlums who traced her to a Point of Sales kiosk in Oke Ogba area of Akure, Ondo state capital.

The Command Public Relations Officer (PPRO) Mr Femi Joseph said detectives from the command had been drafted to unravel those behind the killing of the 29year-old banker.

Hoodlums suspected to be armed robbers killed the banker last Wednesday night while trying to escape from the shop.

The armed men tried to strangulate the young lady before she escaped and she was shot in the process.

The young lady, however, gave up before help could reach her while the incident was reported to the police station.

An eyewitness said, ” The lady was in the shop when the bandits came on a motorcycle and pretended to do business with her.

“As they were trying to strangulate her, she attempted to run out of the shop while one the robbers shot her.

” People scampered for safety with the gunshot, while all the shop owners and residents of the street ran for safety. This gave the robbers the opportunity to escape from the area before the arrival of policemen.

Properties worth millions destroyed as flood wreaks havoc in Osogbo

Nigerian bankers set to host over 1,000 global professionals in Abuja