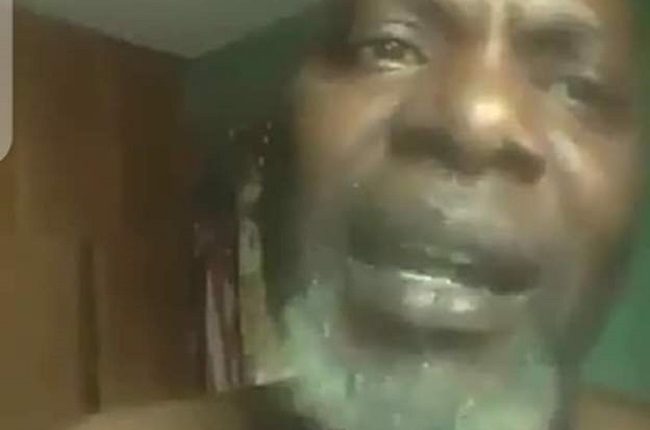 The Ondo State judiciary on Wednesday, described the allegations against the state Chief Judge, Justice Oluwatoyin Akeredolu, by one Olupelumi Fagboyegun, as an attempt to “tarnish the image of the Judiciary and dent the well-earned integrity of the fountain of justice in Ondo State.”

Fagboyegun has alleged the CJ in a video which went viral on Tuesday that he was illegally remanded in a prison for entering his father’s house.

But in a statement by the Chief Registrar of the High Court of Justice, Akure, Mrs Bolatito Ajibade, said “It has come to the notice of the Ondo State Judiciary that someone who called himself Mr Olupelumi Fagboyegun made several allegations against the Honourable Chief Judge and third arm of government in Ondo State particularly as it relates to judicial dispensation and administration of justice.

“Obviously, the said Olupelumi was intent on tarnishing the image of the Judiciary and denting the well-earned integrity of the fountain of justice in Ondo State.

“However, he apparently failed to add credence, proof or substance to the allegations he glibly made to whip up sentiments in the public domain.”

Ajibade explained that “For the records, the Judiciary of Ondo State has, over the years, maintaining a high level of integrity and unbiased administration of justice to all and sundry regardless of status, age or class.

“Indirect response to some of the issues raised and allegations made in the video widely circulated by Mr Olupelumi, there was never a time that this particular person was kept in prison custody on the order of any Magistrate or any Judge of Ondo State as alleged by Mr Olupelumi.

“The audit conducted by the Judiciary to ascertain the facts of the matter and confirm the correct and current position of Mr Olupelumi revealed that he was arraigned on the 19th March 2018 in Charge No: MOW/102c/2018 for the offence of ‘Conduct likely to cause the breach of the peace’ and was granted bail on liberal terms on the same day in accordance with the law by the presiding Magistrate Mr S. O Adedapo who initially handled the matter.

She said further that “The matter has proceeded to hear and evidence adduced like any other trial and according to law.

“It is strange to note that a matter pending before the court can become a subject of media hype targeted at whipping up sentiments to intimidate and blackmail an institution set up by law to adjudicate and also to prosecute offences.”

“Furthermore, from the records obtained from the file, it was observed that the matter still came up for hearing on Thursday, 11th February 2021 and witnesses were called by the prosecution against the widely circulated allegations contained in the video.

“Whoever is interested in this can actually apply for Certified True Copy of the record of the court.

“Based on available records the judiciary cannot find any support for the allegations and insinuations of the man. Ondo State Judiciary is strictly committed to justice according to law and will remain so.

“The public is hereby urged to discountenance the video condemning the Ondo State Judiciary, the justice sector in Ondo State and the Hon. Chief Judge.” She said

It will be recalled that governor Rotimi Akeredolu has instructed the state Attorney General to investigate the allegation levelled against the CJ of the state.