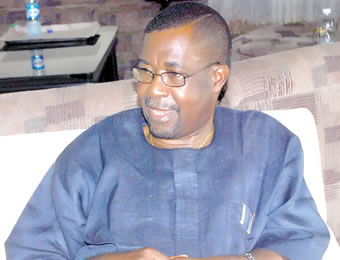 Dr Olu Agunloye, a former Corps Marshal of the Federal Road Safety Corps (FRSC) and former federal minister, is the candidate of the Social Democratic Party (SDP) in the November governorship election in Ondo State. In this interview by Deputy Editor DAPO FALADE, he speaks on burning national issues, concluding that SDP is out to rescue and rebuild state.

There are many parties in Nigeria today, why did you, at this point in time, choose to be with SDP?

First, let me say that the political landscape is very fluid in Nigeria. Some attempts by [former military President Ibrahim] Babangida to streamline them failed, somehow. At the moment, we have a situation where there are so many political parties and people go very easily from one party to the other. Even those who had already been elected, they still take the liberty to go from one party to another, not worrying about what happened to those who elected them.

I have studied the political landscape very well and carefully and I have also had what I will call the advantage of being in a couple of them and I have found out that, for us to make a meaningful impact in the development of Ondo State, we will have to look at two things.  One, what happens to internal democracy within the party and who owns the party and what are the characteristics of the proprietors of the parties?

I looked at that and I came to the conclusion that the Peoples Democratic Party (PDP), where I was before, would not fly because the interests in the party are not exactly something that is line with the development of Ondo State. The same thing I could say about the All Progressives Congress (APC).

Given the popularity of PDP and APC, how do you think it will be able to compete favourably with the two political parties in the governorship election in Ondo State?

Well, to me, I feel undaunted because the issue is not about popularity; the issue is entirely about the economy and there is no doubt about that in my mind. The popularity of Party A and Party B had not led to us to anywhere. In fact, if you want to say, you can say correctly that there is no difference between PDP and APC. The way they blame each other is the same and the going from one party to the other is the same. Today, they say Mr A is a thief and that EFCC or the police should go and arrest him. The following morning, he leaves PDP and joins APC and you don’t get to hear that (the allegation) again.

Then, whatever it is, however popular they are, how influential that they are, however rich that they are, they had led this country to its boils and the country is about to be held on its knees. So, now we are talking about rescue and building. It is clear that the popular parties are not able to do this because if they are able to do this, why didn’t they do it before now? What are they going to do new now, having caused these particular problems? The reserves have been spent; even at the federal level, Party A is having fiscal measures that are in conflict with the monetary measures.

So, there are issues and the most important one is the issue of budget; padding of budget is still being done under a party that is supposed to bring sanity into the system. To show you the confusion within the party, even the party itself had tried to submit a budget which is similar to the same one they want to build change upon. So, if we say change, everything must change. I was extremely disappointed to see that the Federal Government came up with one year budget instead of three or five-year budget. That is the kind of situation that we are talking about. They are popular people; they are influential people; they are big politicians but they have ruined the system. We now need statesmen, not politicians, who will come and pull the country out of the ruins and start rebuilding it. The time to come in to do that is now because when you wait a little bit more, the system can become uncontrollable.

Some issues are very fundamental to the average Nigerian, including economy, security and job opportunities. How did you intend to tackle all these if you become the governor?

There are three problems. The first one is economy, the second one is economy and the third one is economy; so there is only one issue. It is the absence and the breakdown of the economy that brings about insecurity, that serves to bring about unemployment. In fact, unemployment or absence of job security leads to actual insecurity.

What we believe is that we will need to talk specifically about Ondo State because the level of crisis has become so large in Nigeria and the states. The question is, ‘why am I comfortable and confident that this can be solved in Ondo State?’ This is because it is not the same for other states. Some states, I will not mention them, if you ask me to come and become the governor there now, I may decline. This is because I may look at it and say that they are not workable. But in Ondo State, it is workable and the reason for this is that Ondo State is the hub of the South-West; it is surrounded by six other states and both the Atlantic and the Lagoon and each one has its own advantages. We also have the longest coastline in Nigeria.

We have looked at all of this and we have summarised it in such a way that we have the challenges of crisis or problems of Ondo State and we called it just challenges at the moment. Then, there are big opportunities also in the state and we are combining those two to look for solutions. In looking for solutions, we are concluding that since the problems are economic, the solution must be economic. We must come up with an economic plan that is simple, correct, appropriate and doable. We have divided this into three areas. The first one we call Appropriate Debt Management Programme; second, to revive, rebuild and pump up the local economy and three, Discreet Welfare Programme.

Ondo is known as the Sunshine State, if you become the governor, how soon should the people expect to see the sun shine?

You also made that mistake. I have heard people saying, ‘let the sun shine again so that the sun can shine’ and you too have asked same question. The truth is that the sun has never ceased shining in Ondo State. The problem has always been that the government has never harnessed all the energy from the sun and has never equitably distributed the ones they have taken. That fact we must get right.

Our programme is both short and medium-term and that is why we said, once we get there, we will start to do debt management so that we can start to pay monies that are owed. It is sinful, it is criminal to have workers work and you don’t pay them and they are not allowed to do any other thing. If you find them doing another thing, they can terminate their appointments. But now that they have put all their lives in their jobs, you are not paying them. The fact that we will go into a programme of two to three years is the revamping of the economy. If we are going to put a light rail, for instance, it will not happen in 10 days.

The primaries of the three major political parties have thrown up three big personalities, made up of yourself, Rotimi Akeredolu of APC and Tayo Jegede of PDP, what do you think you have that will give you an edge over them when you come before the electorate in November?

I am one person that served as minister in the Ministry of Defence (Navy), minister in the Ministry of Power and Steel and, as of that time, I had no junior minister under me. I served FRSC for seven years; I served e-Government for seven years. If anybody says there is a blemish there, it is a lie; it is just not there. That is why when you look at it, a guy is saying, ‘I am spending N500million on primary. I have N5billion for my election’, ask him, where did he get this money from? None of them has served in government circle longer than I have served or at a level higher than I have served.

So, we are talking about trustworthiness and integrity. Together with all those qualities-I am competent, I am credible and as well I am compassionate and I have integrity. Then, you cannot pull experience from anywhere; you must to through it. I have served as a Special Adviser to an Attorney General of the Federation. Even though I am not a lawyer, I was responsible for what has now become known as the Law of the Federation of Nigeria (LFN) 2000. They have been trying to do it before I came but I told [the late Chief Bola] Ige one simple thing: that we can publish this thing; that the publishing in the hard copy is not the problem. I publish it in the CD and if you want to, you just go and print it and that was exactly what I did. We computerised where they did the Drafting. I told them I will sell the vehicles of the ministry [Federal Ministry of Justice] to buy computers and network the entire place. The point is that I have had experience in different areas.

I remember I represented Nigeria at one conference in Italy and the whole theme of it was how to stop drug addicts, drug dealers, criminals from getting into government and that if they do, they will kill that government. That is what is happening all over the place now: suddenly, they put Drs at the front of their names and you will not know which doctor went to school or which doctor didn’t go to school.

I believe that I also have the political experience. Some of these people in Ondo State have never voted in the state. They were just lawyers somewhere in Yola and suddenly became a commissioner in Ondo State and the next moment, they want to be the next governor of the state. The issues here goes very deep into understanding what really is the problem of the state, how to go about the solutions and knowing that this is inclusive: we will need to get from here to there. In fact, for us, we say, ‘come, let us do it together. It is time to rebuild; it is time to rescue Ondo State’.