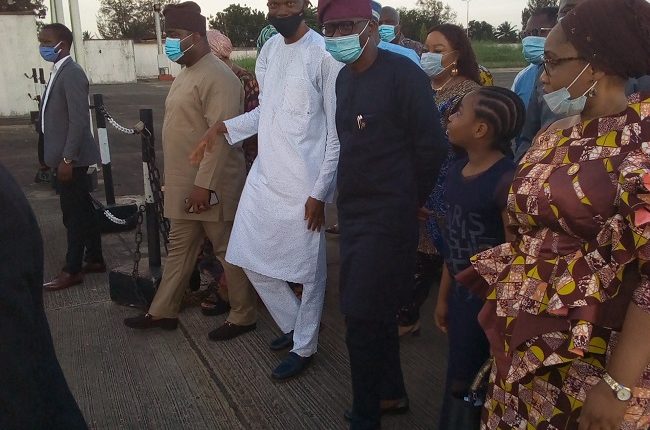 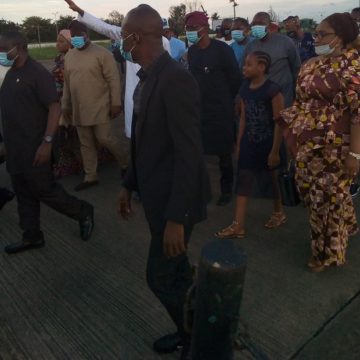 Lagos State governor, Mr Babajide Sanwo-Olu, on Sunday, returns to the state, following the conclusion of the Ondo State governorship poll, in which the incumbent, Mr Rotimi Akeredolu, was re-elected for another four- year tenure, and was received at the local wing of Muritala Muhammed International Airport by members of his cabinet, as well as an enthusiastic crowd of Lagosians.

Sanwo-Olu was the Chairman, Governorship Campaign Committee of the ruling All Progressives Congress (APC) for the re-election of Governor Akeredolu.

The governor, whose plane he came by from Akure touched down at about 6:10 pm, alighted thereafter and was welcome by his exco members led by the Chief of Staff (CoS), Mr Tayo Ayinde, as they approached the plane.

Governor Sanwo-Olu later moved round to greet the crowd of people who had gathered to receive him, hours before his plane finally landed, while cultural dancers treated him to some scintillating songs.