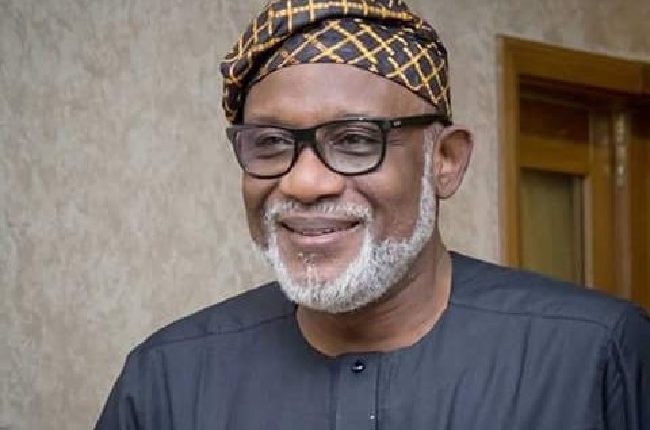 Few hours to the governorship primaries of the All Progressives Congress (APC), three aspirants have withdrawn from the race to support governor Rotimi Akeredolu second term ambition.

The aspirants include the runners up in the party’s primary of APC in 2016, Dr Segun Abraham, Mr Jimi Odimayo and Nathaniel Adojutelegan.

The three aspirants hinged their decision to support Akeredolu to the need to strengthen the party in the state ahead of the governorship election slated for October 2020.

Abraham who stressed the need for the unity in the party called on all warring factions and aggrieved members to close rank in order to retain the state.

Akeredolu confirming the withdrawal of Abraham from the race on his twitter handle said “I just got off the phone with my brother Olusegun Abraham who informed me of his decision to support my second term ambition. Together, we will keep the sun shining in Ondo State”,

Meanwhile, the immediate past chairman of APC and one of the aspirants, Hon Isaacs Kekemeke, has expressed his loss of confidence in the party’s primaries process.

He condemned the adoption of the indirect mode of primaries by the national leadership of the party to select the candidate of the party ahead of governorship poll in October.

Kekemeke also condemned the Election Committee led by Governor Yahaya Bello, saying the Committee was not fair to many of the governorship aspirants.

“ I said as much to governor Yahaya Bello and his team. They were handing the delegates list to us at exactly 11: 20 pm. I received mine at 11:22 pm on the 19th of July, and I was seeing guidelines for the first time at about 11:22 pm.

“For me this process is unfair. It is aimed at producing a predetermined result because all we have heard about this election had been heard through government officials, Sources that are friendly or campaigning for the governor to return.

” l have lost confidence in the process. It is not about who wins or loses, all I am saying is that those who lose must lose fairly and those who win must win fairly.

” A party must not subvert Its process and must not treat its members as if the members needed the party to survive much more than the party needs members to survive.

“The party must learn to be fair. A level playing field has not been provided. It doesn’t matter even if I win. This is not the fair thing to do. You do not conduct an election where you have collected money from the people and have screened them but u fail to let them know how and where the election is taking place and you only called them to a meeting at 11 pm and speak to them as if you were speaking to boys.

Kekemeke added that ” l am happy that we told governor Yahaya Bello and his team that we are not boys and we deserve some respect as leaders of this party. ”

Bello met with all the aspirants on Sunday night to intimate them with the process of the election.