Ondo 2020: This election is not for highest bidder, Agboola Ajayi tells APC 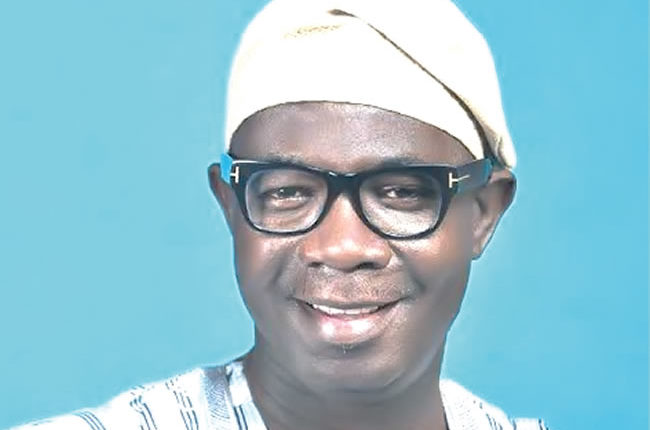 Ondo State Deputy Governor and the candidate of Zenith Labour Party (ZLP) Hon Agboola Ajayi, on Sunday, said the forthcoming governorship election in the state will not be for highest bidder but with candidate and party with good welfare programmes for the people of the state.

Ajayi who stated this while faulting the ruling All Progressives Congress (APC) over the claim that the ZLP campaign could not take off because of lack of fund.

He alleged the APC to have sponsored a story on social media that the campaign of the Deputy Governor and that of ZLP could not take off because of lack of fund.

But Ajayi in a statement by his Media Adviser, Mr Allen Sowore said the sponsored writeup was meant to discourage Ajayi teeming supporters, the ZLP and the people of the state from voting for him.

Ajayi in the statement said “The greatest resources required in a democratic adventure like this are: a clear sense of mission, the grace of God and the unalloyed support and goodwill of the people.

“Interestingly, the Deputy Governor and candidate of the Zenith Labour Party (ZLP) Agboola Ajayi has these critical ingredients at his disposal in abundance.”

According to him, he has weathered the storm and conspiracy against him so far because of the grace of God and the goodwill of the people of the state.

The statement said “the Agboola Ajayi/Gboye Adegbenro campaign and Zenith Labour Party (ZLP) wish to reassure our teeming supporters, followers and particularly the electorates in Ondo State that all logistics, strategies and resources required to win the October 10 governorship election in favour of the People’s Agenda are available and will be deployed without hindrance.

“The All Progressives Congress in Ondo State and governor Rotimi Akeredolu have become so desperate because of the imminent defeat staring at them.

“The people of Ondo State and the general public should be rest assured that all the shenanigans and chicanery of Akeredolu and APC would bring them nothing but failure and shame because the good people of Ondo State have already taken the right decision to break free from the imposed hardship and economic quagmire orchestrated by the bad policies of Governor Rotimi Akeredolu and his co-adventurers in government.

“The ongoing bazaar and waste of public fund and resources by Akeredolu in the name of the campaign is surely a mockery of the suffering people of Ondo state, the unpaid higher institution workers in the state, and Ondo South senatorial district people that have been in total darkness since Akeredolu came to power is unacceptable.

“Akeredolu’s present spending habit which gives an impression that Ondo State is his personal fiefdom shall be questioned at the right time. The people shall speak on October 10 through their votes”

Kalejaye said “APC will not buy the conscience of the good people of Ondo State to win this election. We have several developmental projects scattered across the three senatorial districts as a testimony of our success story.