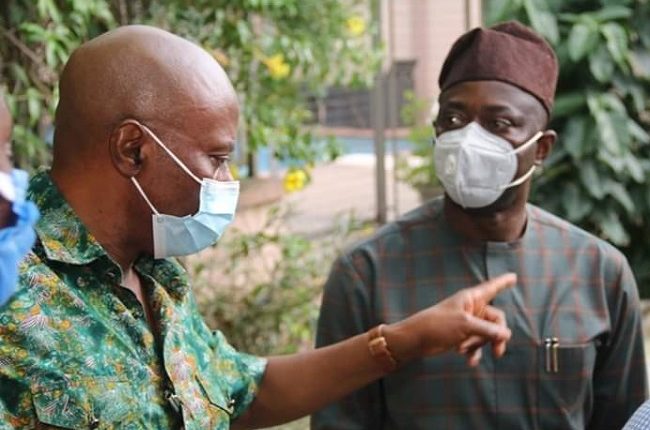 Ahead of the forthcoming governorship election in Ondo State, the leaders of the Peoples Democratic Party (PDP) in the Southwest, have been romancing the immediate past governor of the state, Dr Olusegun Mimiko, to secure his support for the party’s governorship candidate in the October 10 election.

Mimiko was a member of the PDP before he dumped the party for Zenith Labour Party, (ZLP) after his second term in office in 2017.

The Oyo State governor, Mr Seyi Makinde, who is regarded as the leader of the PDP in the region, recently led some members of the party to Ondo home of the former governor Mimiko to solicit for his support in the election.

The details of the meeting which was held between the two political leaders and some other PDP leaders for about 50 minutes was not revealed but it might not be unconnected with the next election in the state.

A source within the PDP in the state, however, said the visit was initiated by governor Makinde, who believe Mimiko is still a force to reckon with in Ondo political scene.

However, the details of the meeting were not made public but most PDP members said it was to pacify Mimiko to support the PDP candidate in the election.

While speaking on the development, the Media aide to the former governor, Mr John-Paul Akinduro, said “Dr Mimiko is an accomplished political leader who is a role model to many politicians across party divides. With regards to the forthcoming Governorship election in Ondo State, I can tell you that almost all the aspirants from the different political parties have all come to see him in Ondo to specifically seek his support and mentorship.

“You must also know that Engr Seyi Makinde is a ‘brother’ to Dr Mimiko and the two speak from time to time on various issues of national interest.

“The former governor’s priority is for a greater Ondo State. He believes government should be about people and service and this he has demonstrated in his eight years as governor of the sunshine state.”

If Buhari, Tinubu are still together, there is no crack in APC ― Tanko Yakassai