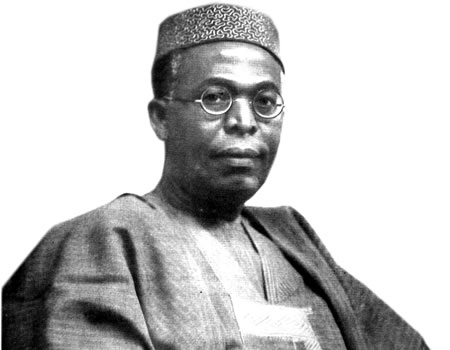 An America -based industrialist and politician in Ondo state, Mr. Adekunle Adeleye, on Tuesday called on South West governors to identify with the policies and legacy of late Premier of the defunct Western Region, Chief Obafemi Awolowo, rather than destroying it.

Adeleye stated this in Akure,  while declaring his intention to contest in the forthcoming governorship election in the state, noted that most leaders of the region have deviated from the style of governance and development that made the region to stand out among other tribal groups in the country.

He frowned over the introduction of fee in primary and secondary schools in the region, lamenting on the lack of quality education despite the huge amount committed to education.

He noted that the government had failed to provide good infrastructural facilities, food security, industrial and agricultural revitalization, while he promised to introduce people-oriented projects

He maintained that Chief Awolowo’s resilience by ensuring that the free education policy survived for the common good is a lesson for political office holders, and an admonition for them to do what is necessary.

He also flayed the state governor, Mr. Rotimi Akeredolu and other past governments for eroding legacies left behind by the first civilian Governor, late Chief Michael Adekunle Ajasin, saying: “I discovered most people are suffering in the midst of plenty.

“Is this not the same state that thrived and prospered under Chief Adekunle Ajasin and to an extent under Dr Olusegun Agagu? Why can’t we re-invent the lofty visions of those eras, to make life more meaningful to our people?”

The governorship aspirant, who said he was still consulting widely for a visionary and ideological platform to contest, vowed to introduce new perspective in governance without borrowing money home and abroad to execute his projects.

He said “Ondo State is uniquely positioned to be the link between the Southwest and the Southeast parts of this country. Human and natural resources abound in our state.

“It is noteworthy that all the three senatorial districts have resources in commercial quantities that will be of great interest to foreign investors and collaborators. All these my administration will pursue without borrowing from the World Bank, the International Monetary Fund and particularly China.

“We have the right and the capacity to become the third largest economy in Africa, with careful and prudent management, our airport will be the best in the continent,”

Adeleye assured the people of massive job creation and social justice, if elected as the governor of the state, adding that “It will be the business of our government to right all the past wrongs in the state.

“My focus, therefore, will be the development of our youths, our leaders in the nearest future. Youths in the state will be gainfully employed because the untrained youths will be the problems of tomorrow.”