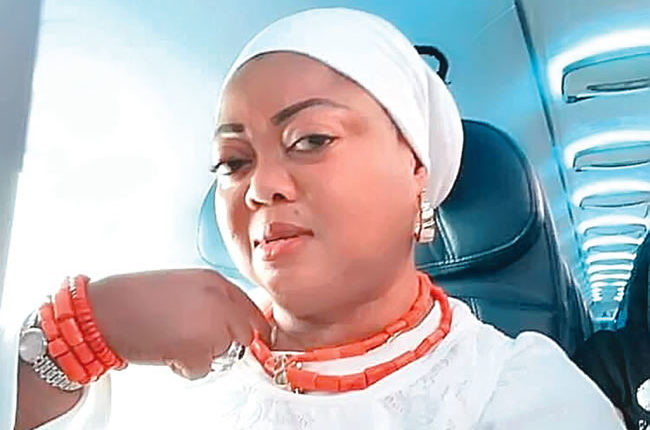 THE Erelu-Oodua Tinuade Mabel Onaneye has expressed concern over the rise in rape cases in Nigeria in recent times.

She said this while inaugurating an initiative tagged, ‘Erelu-Oodua Tinuade Initiative Against Gender Inequality and Sexual Abuse’ on Monday 17th of August, 2020 to fight  the rising case of rape which she described as a silent epidemic that the  Nigerian governments and general public must treat like another epidemic.

She said this against the background of countless number of rapes occurring daily all over the nation and citing at reports of the Inspector- General of Police who claimed they had recorded 717 rape cases  between January and March where only few perpetrators had been arrested and charged to court.

In a press release she signed and made available to WWW, Onaneye  stated that “ sexual violence/abuse, rape especially, is a sad reality in Nigeria if we are to go by the statistics offered by United Nations Children’s  Fund which states that one in four girls and two in 10 boys in Nigeria experience sexual abuse.

“Truly, though unknown to many, it’s not only a particular gender that gets raped or abused here. Both male and female get raped or abused only that girls/women abuse is more common here than in developed world.”

She acknowledged rape and sexual violence as a global phenomenon but more pervasive in developing world like Nigeria due largely to the fact that many cases go unreported because of trust gap, associated stigma against the victims, fear, cultural barriers and the powerlessness of the victims in pursuing justice. She cited the case of a man arrested after  committing rape 40  times in Kano State. This according to her was possible  because of the failure of the victims to bring the case to formal agencies so the  perpetrators could be stopped early.

“Unlike other crimes, rape can be contained or totally eradicated if the government and general public can work together. First step is to embark on public enlightenment programmes through the media,  which in turn encourages victims or survivors to break silence by reporting to the appropriate authorities.

Second is via education. The Education-for-All policy being introduced in some parts of the county can help. The reduction in out-of-school children has the potential to take children off the street.,”she added.

The last measure according to her is for the government to speed up persecution of offenders and enforce appropriate punishment without delay, which will serve as a deterrent to other intending rapists.

Boys also get raped, speak out your pain, be endowed to report to any  authority.

“My organisation, when fully inaugurated, will embark on global sensitization programmes against the menace and in line with the stated goals, we are already reaching out to several organisations for partnership to make the exercise a success.” she concluded.

Why we are helping rape survivors— Kaia Ra, SCF founder

As a business person, you need to learn, unlearn, relearn to succeed —Tamunowapiri…