On crypto ban and the Nigerian youth 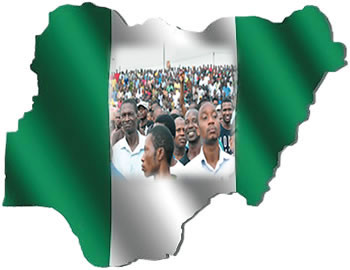 On February 5, 2021, Nigeria’s apex bank, Central Bank of Nigeria, announced to deposit-money banks, non-bank financial institutions, other financial institutions and the general public the ban on accounts dealing in payments and exchanges involving crypto currencies. According to the circular, the reason was largely because of risks associated with such transactions, hence ordering the immediate closure of customer accounts used in trading crypto in Nigeria.

This new regulation came as a total shock to many Nigerians. Particularly as crypto currency has gained a considerable acceptance amongst the Nigerian youth over the years –  in the face of the Nigerian naira staggering inflationary local fiat currency and its plummeting value in the parallel foreign exchange market. In fact, according to a recent stat by a crypto marketplace, Paxful, Nigeria is presently ranked the world’s second-largest Bitcoin by trading volume. According to a report by QZ Africa, Nigerians have traded 60,215 Bitcoins or over $566 million in five years.

Going by the foregoing, there is such a huge potential in the Nigerian financial markets with crypto being a major unit of commerce. In 2020, many major fundraising campaigns, large foreign remittance funds and cross-border payments have been made in Bitcoins. One of which was pioneered by Feminist Coalition in 2020. Through crypto currency, this women’s rights advocacy group was able to crowd-source donations from across the world for the #EndSARS protests using BTC Pay — despite CBN shuttering Nigerian bank accounts associated with the movement. If this is not changing the financial narrative, challenging traditional banking services and decentralizing monetary systems, then what is?

As most crypto wallets and trading accounts predominantly belong to Nigerian youths, it is essentially difficult to separate the economic implications of the CBN crypto ban directive from them. By and large, they constitute the major players and beneficiaries of the trading industry. And consequently, they will be the worst hit, as many young people have become increasingly aware of the benefits of trading cryptos as a way of investing their funds in assets and also securing financial stability. Even despite their somewhat concomitant volatile values and unpredictable rise or fall in prices.

Analysing this policy from a critical perspective, the question has to come from whether it was intended for the right purpose or not. In 2017, CBN issued a circular warning Nigerians against the use of digital currencies, stating that such currencies are used in terrorism financing and money laundering. That was before the bank again warned that transactions in the currencies are untraceable by a central network base, thereby making them liable to abuse by criminals and fraudsters in 2018 — stating they are not legal tenders in Nigeria.

Yes, that is understandable. But what our central bank needs to know is that crypto currencies are almost the same as fiat currencies, albeit with no reliance on a banking system. And it should not be related to ponzi schemes at all. It is a legit currency and widely-adopted by higher income countries and large economies — even some companies are now considering paying employees’ salaries in $BTC. It is also essential for an equitable participation in the global economy and driving financial inclusion in the long run. More than anything, it only seeks to transform the conventional financial system with innovative and efficient solutions that are critical to pushing finances, investments, transactions and exchanges beyond boundaries. And as well closing existing wide gaps in the financial markets and shaping the digital future of money with blockchain technology. It may pose serious challenges to the apex bank, but at least not now.

In any case, in lieu of making crypto transactions and deals no longer possible on third-party platforms to counter anonymity, CBN can leverage on the National Identification Number (NIN) and Bank Verification Number (BVN). This will facilitate traders and users to verify their identity before they can process transactions and deals on the Nigerian-based platforms. Also, they can have a report of crypto inflow and transactions from miners who are the financial platforms and institutions and make them comply with strict cyber security procedures to ensure transparency and legitimacy of transactions. This will go a long way in reducing financial payments in the form of fraud, ransom and black market sales.

That said. We are in the digital age that has created various new career pathways for Nigerian young people and other millennials around the world. We now have a generation referred to as ‘Gen Z’ and who are well-accustomed to new waves of technology, particularly the block chain and actively exploring the concept of internet entrepreneurship. In fact, crypto trading has over time become an in-demand and high-income skill of the new, digital economy. Our young people earn income through peer-to-peer transactions and run block chain firms. So, trading crypto currencies, investing in crypto assets and storing values have since become a source of livelihood for them. And no doubt, this has immensely contributed to the exponential growth of the block chain ecosystem in Africa and most particularly, making Nigeria as the core and strategic hotbed of crypto trading on the continent.

While Binance, the world’s largest Bitcoin exchange platform has temporarily suspended deposits in Nigerian naira, we can only hope the situation improves soon. And that the CBN reviews the crypto ban and its financial policies in this regard to suit the emerging financial market, and as such make the regulation win-win.

Within no province of doubt, the Nigeria youth has demonstrated that crypto trading and block chain adoption, amongst other forms of digital investments, have not only come, but also here to stay. And they will continue to be a financial lifeline used in achieving various patriotic and social impact missions to improve socio-economic lives of themselves and those in their communities. It is the future already. And crypto is just right here and soon to be in the mainstream.