Olunloyo, Gani Adams, Esuola, Olaopa, others to be honoured at 10th Oranyan festival in Oyo 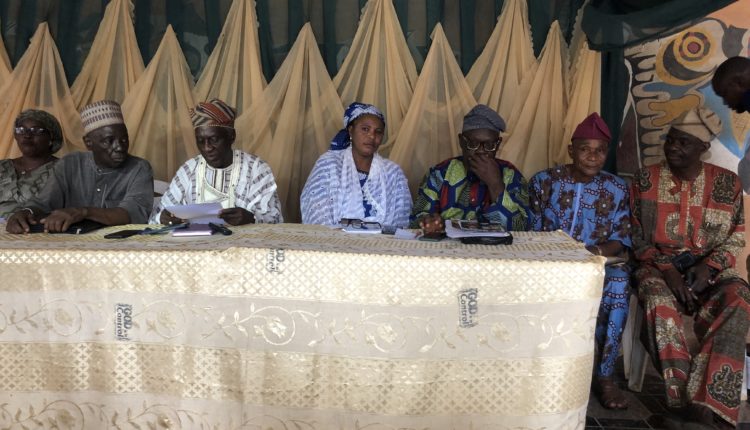 Five months after the passing of the late Alaafin of Oyo, Oba Lamidi Olayiwola Adeyemi III, the annual Oranyan festival in the ancient town of Oyo, is set to commence.

The 2022 one-week-long yearly festival, which was inaugurated in 2012 by the late monarch was declared open, during a press conference, on Monday, 12th September by the Coordinator, Archbishop Prince Ayo Ladigbolu (rtd).

Highlighting the achievements of the late monarch, Ladigbolu noted that the 10th anniversary of the Oranyan festival, with the theme “Enduring legacies of Alaafin Adeyemi III: A decade of Cultural Awakening”, is devoted to the legacies and memories of Oba Adeyemi.

He said: “Our 10th anniversary of Oranyan festival is therefore deservedly devoted to the celebrations of and deliberating on the enduring legacies of the first literate Alaafin of Oyo, who also scored first in many other areas of life.”

Addressing journalists at the palace, Archbishop Ladigbolu highlighted the activities that are lined up for the celebration of this year’s festival.

Following Monday’s press conference, a symposium which will delve into the details of the late monarch’s legacies is scheduled to hold on Tuesday, 13th September, at the Atiba University Main Hall, where traditional rulers, scholars and well-meaning Nigerians are expected to be in attendance.

He also hinted that a free medical outreach will hold on Thursday, 15th September for 3000 to 5000 people in the Oyo community and some cultural activities on Friday and Saturday.

Ladigbolu, however, expressed gratitude to the persons, groups, and associations that have been supporting the festival since its inception. He described the relationship as one which aims at promoting the Yoruba excellent culture and prosperous economy.

The retired cleric added that some individuals have been selected for well-deserving awards.

“As part of our 10th Anniversary celebrations, we plan to honour ten individuals, organizations and communities combined as ORANYAN FESTIVAL PILLARS OF SUPPORT. Among them are, Prof. Tunji Olaopa, Chief Mrs. Iyabo Ogunmola, Chief Kolawole Aderoju (a.k.a. Akuko Alaafin).

“The Aare Onakakanfo of Yorubaland Iba Gani Abiodun Adams and Former Governor of Oyo State, Dr Omololu Olunloyo, and The Ewe Community of Lagos State Nigeria are also among the loyal supporters of Oranyan Festival to be honoured.

“The highest Cultural Heritage Medal created by the Alaafin will be conferred on a distinguished couple whose humanitarian and diplomatic services have greatly benefited Yorubaland and Nigeria. Prof Bode and Erelu Dr Anu Esuola will receive ORANYAN MEDAL OF HONOUR at the Festival Grand Finale on Saturday,” he said.

Expected at the festival are the descendants of the Yoruba race across Nigeria, the Benin Republic and others in the diaspora.

Police to investigate reported destruction of party billboards in Oyo