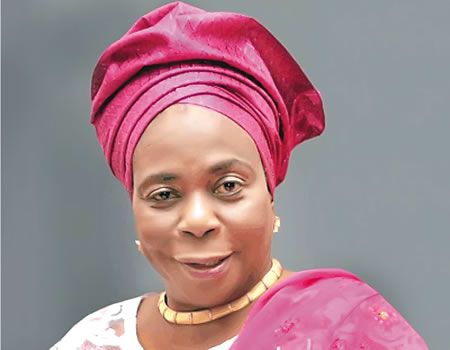 A chieftain of Peoples Democratic Party (PDP), Otunba Segun Adewale popularly known as Aeroland, has hailed the Appeal Court for upholding the Tribunal verdict that returned Senator Biodun Olujimi back to the Senate, saying the victory was for all the PDP members across Nigeria, especially the South West and Ekiti State.

Adewale, who is the former chairman of PDP in Lagos State, said this in his congratulatory message to the new winner, just as he expressed optimism that with the verdict hope was not totally lost in Nigeria’s judicial system.

“I am very delighted to receive this good news that Senator Olujimi has won back her mandate, hope is not lost for our judiciary. We must, therefore, build on this sweet success.

“This victory is a victory for all the PDP members across Nigeria, especially the South- West and Ekiti State,” Otunba Adewale said.

He assured PDP members in South- West that Senator Olujimi would team up with other leaders such as Governor Makinde of Oyo State to move the region forward politically.

The politician, while congratulating Olujimi, urged the former Senate spokesperson, Prince Dayo Adeyeye, to accept the final verdict and take the judgement in good faith.

This was just as he said that “now that Senator Olujimi has been returned to the Senate, the very vocal and bold Senator will continue her good work of representing her Ekiti South Senatorial district at the Senate.”

Speaking further, the PDP chieftain called on the Independent National electoral commission (INEC) to be more cautious in the discharge of their duties, querying: “How could they have declared Prince Dayo Adeyeye, who polled 52,243 as against the authentic winner, Senator Biodun Olujimi with 54,894 votes.”

He urged them to desist from creating political logjam across the country, saying they must be truly independent without any kinds of external influence.