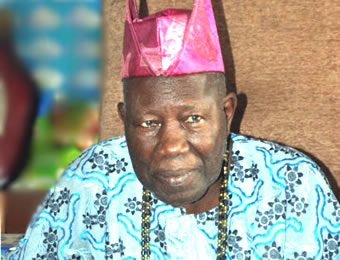 ATTORNEY General and Commissioner for Justice in Oyo State, Mr Seun Abimbola has argued that the state has no court order restraining the release of the white paper on the Olubadan declaration review report.

Abimbola, speaking in light of the litigation filed by Senator Rashidi Ladoja challenging the Justice Akintunde Boade (rtd) led Judicial Commission of Inquiry on Olubadan Chieftaincy Declaration, said the case filed did not challenge the release of the white paper.

The constitution of the review panel had been subject of a litigation filed by Ladoja, Osi Olubadan of Ibadanland, who asked the court to restrain the panel from sitting or accepting memoranda from people pending the determination of the suit.

However, the Boade led review panel last Friday submitted its report to Governor Abiola Ajimobi, among which it recommended that Ibadan should have 32 crown wearing obas with the Olubadan remaining the paramount ruler.

Abimbola, while speaking with Nigerian Tribune, on Tuesday, said,

“The case in court has nothing to do with the release or non-release of the white paper on the Olubadan declaration review. There is no semblance of restraining order from the court.”

“They have filed papers in court alleging various things, most of which are fabricated based on their version of the turn of events.”

“No individual, organisation can pronounce anything contemptuous except a court so pronounces. I can allege, claim, based on the facts I am presenting but when the court that has the capacity and jurisdiction to look at both sides, they will be able to determine and pronounce appropriately.”

“But, everybody sheaths their swords, leave it to the court, and they might as well withdraw their case in court.”

In the same vein, State Commissioner for Information, Culture and Tourism, Mr Toye Arulogun, on Tuesday, said that the white paper would be released before the end of the week.

It would be recalled that lead counsel to Ladoja, Michael Lana, in a motion filed before Justice M. I. Sule, on Monday, had asked the court to nullify the proceedings of the panel and its report.

Lana also prayed the court to compel Justice Board and members of the panel to appear before it to explain why they should not be slammed for contempt.