Olu of Warri removes Emami as Ologbotsere of Warri Kingdom 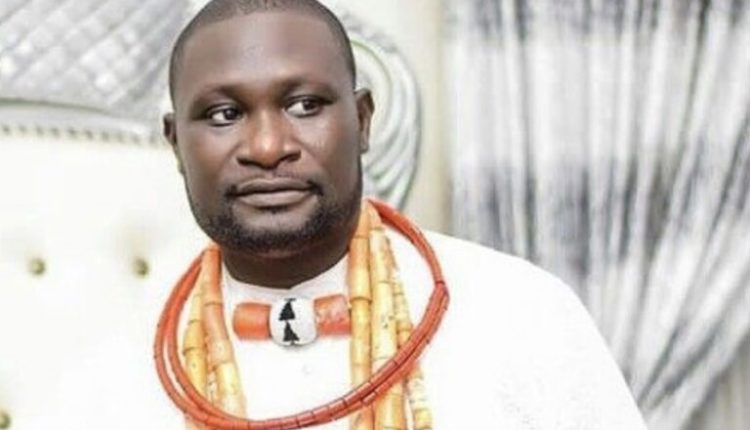 The Egogo (mouthpiece) of Warri Kingdom, Chief Robinson Ariyo, confirmed to our reporter that Chief Emami was officially ousted on Tuesday afternoon in a brief traditional ceremony at the palace of the revered monarch.

The embattled business tycoon, it will be recalled, came short of favour with the Olu throne and a good number of the Itsekiri nation after his controversial insistence that due process must be followed in the selection of a new Olu after the demise of late Ogiame Ikenwoli.

But denouncing the purported expulsion on Tuesday, the embattled Ologbotsere, Chief Emami, in a telephone conversation with our correspondent, described the decision of the Olu of Warri as one that as “crossed the red line.”

He insisted that he does not recognise Ogiame Atuwatse III as his king since, according to him, the new Olu’s selection before his coronation was without adherence to extant laws and traditions.

“The Ologbotsere family is meeting on Thursday to deliberate on this. Thereafter, I’ll give you an adequate reply.

“But it suffices that I tell you now that I don’t recognise the Olu as my king because his selection didn’t follow due process.

“So, I don’t recognise whatever he’s doing as king. I don’t want to say more because the case is still in the court,” Chief Emami noted.

He, however, urged all sons and daughters of Iwereland to remain calm until they hear from the Ologbotsere dynasty on Thursday.

Meanwhile, it was gathered that the Ologbotsere family was formally invited to the Olu’s palace on Tuesday and instructed to stop addressing Chief Emami as Ologbotsere.

Ogiame Atuwatse lll, who had in his maiden speech promised to engender healing and reconciliation in the kingdom, reportedly pronounced the ousting of the Ologbotsere at the brief ceremony in his Warri palace, thereby putting Chief Emami’s four years reign as Ologbotsere, (traditional Prime Minister) to an abrupt end.

The Itsekiri monarch also reportedly instructed his subjects and the Itsekiri nation worldwide to stop recognising and addressing the prominent chief as Ologbotsere, who did not honour the invitation for the revalidation of his chieftaincy title like his counterparts shortly after the coronation exercise.

Military intervention not enough to solve Nigeria’s security challenges ― US…