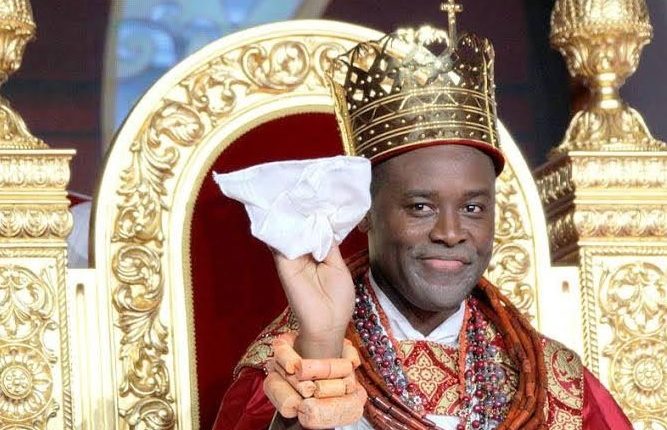 The Olu of Warri palace has refuted media report doing the round that he has donated N4 billion to complete the construction of Koko-Ogheye Road Project, Warri North Local Government Area of Delta State being handled by Levant Construction Company.

In a statement signed by Chief Clement Maleghemi, the Director, Palace Administration and made available to journalists in Warri on Saturday, the palace said neither did the Olu of Warri, Ogiame Atuwatse III make any promise to contribute any amount to the Koko-Ogheye Road Project nor any of such project during his visit.

Titled ‘Ògiame Atúwátse III- The Olú of Warri DID NOT Splash Billions of Naira on any Federal Road Project,’ the statement averred that “as part of a familiarisation visit of Federal Government projects in the Warri Kingdom, Ogíame Atúwátse III, the Olú of Warri recently visited the Koko-Ogheye Road Project (amongst other projects) in Warri North Local Government Area of Delta State.

“During the site visit, Ògiame had open discussions with representatives of the contractor, Levant Construction Company, and all conversations were in the open and at no time did Ògiame make a promise or indicate he will contribute any amount to the Koko-Ogheye Road Project or any of such project.

“The Olú of Warri is eager (like all responsible leaders should be) to have all projects completed in record time, Ògiame also understands the difficulties the current economic situation places on the scarce resources available to the government.

“The palace office (pressoffice@aghofen.com) is open for clarifications where the need arises.”