⦁ 50,000 tourists, others to grace the grand finale 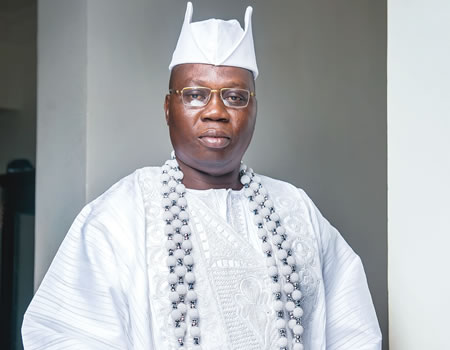 Aareonakakanfo of Yorubaland, Iba Gani Adams, has assured Lagosians, particularly, indigenes of Badagry that the 2019 edition of Olokun Festival will boost the economy of the state and enhance eco-tourism of the host community as no fewer than 50,000 people, including tourists, among others will grace the grand finale.

Iba Adams gave this assurance at the weekend while briefing newsmen to unveil the programme for this year edition, which he described as unique, recalling that the annual fiesta had made significant impacts in boosting the economy of the ancient town and the entire state.

“This year’s festival is unique because it will open up the tourism space of the historic town. About 50, 000 people, including tourists and traditional rulers will grace the grand finale and you know what that means in terms of business opportunities,” he said.

Aare Ona Kakanfo, who is also the chief promoter of Olokun Festival Foundation (OFF), affirmed that the Olokun deity had a special blessing for Lagosians, saying that not a few people would agree that Lagos was one of the most prosperous states in the country.

“Not a few people will agree with me that Lagos is one of the most prosperous states in Nigeria.

“It is gradually becoming the city of everybody’s dream, and a smart city because of the Olokun diety’s phenomenon. In the spiritual realm, Olokun is in charge of the wealth of the nation and it controls the wealth. That is why it is important to rejoice and celebrate the festival,” Iba Adams said.

While speaking on the arrangements for this year’s festival, which he described as unique as no fewer than 50,000 people, including tourists and traditional rulers would grace the grand finale, Iba Adams assured of the security of the venue, adding that atmosphere would be conducive for visitors that were coming from every part of the world.

“We are ready to beef up the security and the atmosphere will be conducive for visitors that are coming from every part of the world,” he said.

He said part of the activities lined up for this year’s edition of Olokun Festival, include: Prayer to almighty God, holding at White House Hotel in Ikeja on Wednesday, October 16, while a quiz competition for selected primary schools in the state will also come up on Thursday, October 17, at the News agency of Nigeria’s (NAN) media Centre, Iganmu, Lagos.

Other activities, according to him, are: Arts exhibitions holding on Friday October 18 at CBAAC Headquarters in Lagos, while the Beauty Pageant will be  coming up on Sunday, October 20,at R/A hotel, Ikeja, Lagos, among others such as the Beach Soccer, festival float, Boat Regatta and Olosa Gala night.

Chairman of the Olokun Festival planning committee, Ambassador Muyiwa Oshinaike, in his remarks said: “A window of opportunities will be provided for traders to do their businesses and visitors will also know more about the Badagry ancestry, culture as well as the tradition of the people.

According to him, the event is basically to explore the potentials of nature and revive the tradition of the people of the ancient town.

He thanked the Chief Promoter of OFF, Iba Adams, for the support so far, recalling that it had been almost two decades since the foundation became the official and sole sponsors of the Olokun Festival and other festivals across the South-West.

“It has been almost two decades since the OFF became the official and sole sponsors of the Olokun Festival and other festivals across the southwest.

“It involves a lot of sacrifices and commitments because for a non- governmental and non-profitable organisation to have sustained this kind of cultural project for almost 20 years without any support from the government, either at the state or federal level.

“So, we need to commend all members of the Oodua Peoples Congress (OPC) and the entire members of the planning committee for going this far and for bringing to fore, the best of Yoruba culture and tradition,” Oshinaike said.