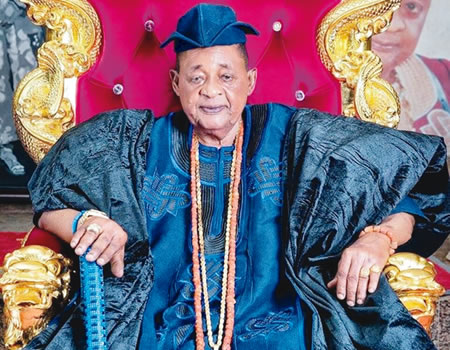 THE Alaafin of Oyo, Oba Lamidi Olayiwola Adeyemi III, has warned the Federal Government that the killing of Mrs Funke Olakunrin, the daughter of Afenifere leader, Chief Reuben Fasoranti, may force each ethnic group in Nigeria to resort to self-help security which may not be in the interest of the country.

Oba Adeyemi made this known in a statement personally signed and entitled: “The killing of Mrs Funke Olakunrin, daughter of elder statesman, Chief Reuben Fasoranti, by unknown gunmen – a disgrace to Nigeria,” and made available to journalists on Tuesday.

The revered monarch said the killing has further put a question mark on the central police system currently in operation in the country, saying today’s leaders must review the issue of power decentralisation.

He said: “The killing of the daughter of the distinguished leader of Afenifere, Chief Reuben Fasoranti, by gunmen is certainly one too many.

“For a country with national cohesion and purpose, that certainly is not the best way to honour such patriotic citizens at his age. I can only pray to God who only can console Papa to wipe off the tears in him.

“The fact must also be made clear that national unity is predicated on internal security. This brings into play the current debate on the desirability or otherwise of a single centre in the maintenance of security in a heterogenic country as largely diverse as Nigeria.

“Unless something is done urgently about power decentralisation, each ethnic group may be forced to self-help security structure which at the end may not be the best for the country.”