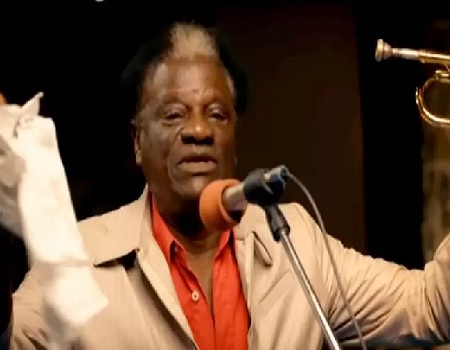 The Minister of Information and Culture, Alhaji Lai Mohammed says the death of the music legend, Sir Victor Olaiya, is a great loss to the creative industry in particular and the entire country in general.

In a statement issued in Abuja on Thursday, the Minister said Sir Olaiya’s death, even at a ripe old age, came as a rude shock.

He described the late music icon as “a legend of his time, whose music signposted a great epoch in the history of Nigeria”.

”Sir Victor Olaiya’s was not just a musician but a great patriot, hence it was not a surprise that he played officially when the country became independent in 1960 and when it became a republic in 1963.

”The doyen of highlife music charted a path for many generations of Nigerian musicians, and this great role was not lost on him when he did a ‘collabo’ with 2Face Idibia that was received with much acclaim.

“It was a symbolic handover of the torch of excellence to the new generation of Nigerian musicians,” Mohammed said.

He said the best tribute that could be paid to the memory of the late music legend is for today’s generation of musicians to continue to strive for excellence in their field.

The Minister extended his condolences to the family, friends and associates of the late Sir Olaiya, and prayed to God to grant repose to his soul and to comfort the family he left behind.

Victor Abimbola Olaiya, also known as Dr Victor Olaiya, was a Nigerian trumpeter who played in the highlife style and was extremely famous during the 1950s and early 1960s.

Born on Dec. 31, 1930, in Ekiti, his music has continued to attract both old and young artistes.

He died at the Lagos University Teaching Hospital, LUTH, on Wednesday, aged 89, after a brief illness.