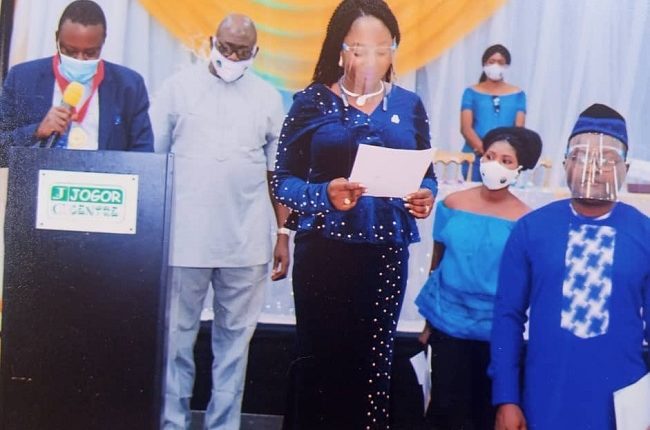 The Nigerian Society of Engineers (NSE) has inaugurated the Ibadan chapter of the Institution of Highway and Transportation Engineers, just as it had its investiture ceremony.

The occasion, which held at the JOGOR Centre, Ibadan, was chaired by the national chairman of the Institution of Highway and Transportation Engineers, Engineer Dayo Oluyemi, who conducted investiture for Engineer Esther Oluwakemi Oladeji, as the first chairman of the Ibadan chapter.

In his address, Oluyemi enumerated the various aspects of the institute’s mission, stressing particularly the need for the institute to assist the Oyo State government and the Federal Government in formulating policies in areas of highway and transportation engineering, thereby contributing its quota to the state and national development.

He admonished members on the need to make efforts to train young engineers, saying the chapter has a good reservoir of knowledge that can be drawn from –  construction and consulting companies, government establishments and the universities within and outside Ibadan.

He thanked the governor, Engineer Seyi Makinde as well as appealed to him to consider indigenous engineers in the design, construction and supervision of developmental projects in Oyo State.

Speaking at the event, the guest lecturer, Engineer Olayinka Alli, presented a comprehensive paper on ‘Transportation And Highways Development In Nigeria: The Pitfalls’.

He analysed various means of transportation, as he pointed out that the government’s ineptitude and not giving them deserved attention had been major pitfalls in Nigeria’s transportation architecture.

Alli said it is becoming increasingly clear that the government may not be able to bear the cost of transportation development alone, hence the need to involve private entrepreneurs under the public-private partnership (PPP).