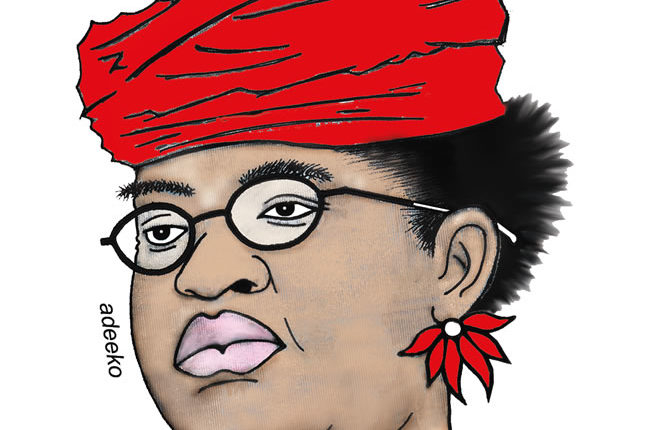 It must have been very agonising when the immediate past President of the United States (US), Donald Trump, effectively put a stop to the worldwide consensus on the appointment of Nigeria’s Ngozi Okonjo-Iweala as the next Director General of the World Trade Organisation (WTO), last year, by distancing the US from the consensus and stating the country’s preference for the South Korean candidate for the job, Yoo Myung-Hee, her country’s Trade Minister, who was the only contestant remaining on the ballot with Ngozi Okonjo-Iweala. Given that the WTO would normally appoint its officers by consensus and on the understanding that Ngozi Okonjo-Iweala had received the backing of all other members of the organization, the way out was for the South Korean candidate to withdraw from the contest to nullify the objection of President Trump and make Ngozi Okonjo-Iweala the only candidate for consideration to get the consensus and unanimity needed to proceed with her appointment. But it was almost not expected that it would be easy for the South Korean candidate to withdraw with the public backing received from President Trump and the geopolitical importance of the backing. The WTO and the world were thus left in an agonising deadlock with no viable way to proceed within the context.

But something very crucial and interesting stood out in spite of the agony experienced with the deadlock. And that was the fact that there was global unanimity on the competence and capability of Ngozi Okonjo-Iweala for the WTO job. Ngozi, a woman of excellence who had demonstrated her competence and capabilities in prior assignments as Managing Director of the World Bank and two-time Minster of Finance in Nigeria, had the whole world saluting her credentials with all other countries pledging to support her candidacy. The world was therefore united in the preference for the brilliant Ngozi Okonjo-Iweala in spite of the spoiler game by President Trump. Fortunately for the world, it could afford to wait as the United States was then in the throes of presidential election with the possibility of the election of a new president who would likely see the need for the US to join the rest of the world in acknowledging the excellent candidacy of Ngozi Okonjo-Iweala or that the re-election of even President Trump would let him see the futility of standing alone against the world, not on any principle, but just to willfully oppose the meritorious appointment of Ngozi Okonjo-Iweala into the WTO headship.

The US presidential elections resulted in the election of a new president, Joe Biden of the Democratic Party, and from there it was simply going to be a matter of time for us all to celebrate the triumph of excellence as the world expected the new Biden government, which had campaigned on returning the US to active participation in world affairs instead of the insular preference of the Trump government, to review the position of the US in opposing the global consensus on the appointment of Ngozi Okonjo-Iweala. But even before the new Biden government could announce its review and revocation of the US opposition to Ngozi Okonjo-Iweala’s appointment, the South Korean candidate announced her withdrawal from the contest to leave Ngozi Okonjo-Iweala as the sole remaining candidate in the contest. The withdrawal of the South Korean candidate, perhaps after the go-ahead from the US, would have made the support of the US a moot point thereafter, but the US still went ahead to publicly issue a supporting statement for the candidacy of Ngozi Okonjo-Iweala, stating that she ‘brings a wealth of knowledge in economics and international diplomacy from her 25 years with the World Bank and two terms as Nigerian Finance Minister’ and that ‘she is widely respected for her effective leadership and has proven experience managing a large international organization with a diverse membership.’ It was therefore with unanimity and global consensus that the WTO on Monday, February 15, 2021, announced the appointment of Ngozi Okonjo-Iweala as its next Director General, to worldwide cheers and celebration of the ascendancy of this unique representative of the female gender.

Women throughout the world were ecstatic in their celebration of the positive changes at the WTO starting with the fact that two very qualified women, from a pool of eight contestants, emerged as the finalists in the race for the WTO Director General with one of them, our own Ngozi Okonjo-Iweala becoming the first woman and the first African to head the WTO. This was not about a concession to the women as the two women finalists were adjudged better than the other six contestants in terms of their credentials and capabilities, telling us that when countries allow for the flowering and development of their girls and women and support them to reach their possible best, they would become competent candidates to represent them later in international competitions. And that, women would be up to the task when they are given opportunities and chance to expose and present their competence and credentials.

The experience at the WTO has shown that the world is depriving itself of perhaps the contributions of its best hands when women are prevented from coming up for such contests and appointments. In the same manner, Nigeria must be congratulating herself for the honour Ngozi Okonjo-Iweala’s appointment has brought and will continue to bring to her. Yet it must be remembered that this honour is on account of allowing the merit of the superior credentials of Ngozi Okonjo-Iweala to speak for her and the country. Nigeria found it easy to campaign for Ngozi Okonjo-Iweala because she has the superlative credentials that the world would respect. If Nigeria had engaged in the usual game of using nepotism and corruption to nominate a candidate for the contest, she would not have a candidate of the competence and international respect of Ngozi Okonjo-Iweala and such her candidate would then be rubbished in the process for glaring incompetence. The lesson for the country is to continue to pursue merit and excellence if she wants to be taken seriously and have respect and honour within the international system and effective and efficient governance and provision of services at home.

There is also great lesson in all this for us girls and women. Ngozi Okonjo-Iweala is telling us and confirming to us with her example that the most viable way to confront the persisting patriarchal oppression that women are subjected to in Nigeria and across the world is to continue to hone our skills and capabilities and strive to be the best in whatever we are doing such that the men would have no option but to acknowledge and respect our excellent position and disposition. There is nothing to be gained in helping men to continue to put us down with our own devotion to acts and actions that make us more susceptible to the usual men pastime of sexual objectification of women. Imagine the glorious spectacle of the #ankaraarmy online support for Ngozi Okonjo-Iweala on the day of her appointment by thousands and thousands of Nigerian women and the #belikengozichallenge through which many women turn up with pictures of them wearing the signature dress of Ngozi Okonjo-Iweala. How elevating and uplifting was this compared to the silhouette challlenge that had seen many girls and women exposing their nudity online. Ngozi Okonjo-Iweala has shown us that the world would respect excellence ultimately and it should be our duty and responsibility to seek and pursue that excellence for ourselves and all girls and women as a pivot to demonstrate that girls and women are ready and capable to take their pride of place even as we would not accept to be consigned to the back again. That is the message from the triumph of excellence of our own Ngozi Okonjo-Iweala as we congratulate and salute her for her appointment as the new Director General of the WTO.

Lost Your Job In The Pandemic? Here’s How You Can Make Money Using Your Talents & Skills

Why investment in public hospitals matters

Of illiteracy and Covid-19 vaccine in Africa