The Okomu-Apoi/Benin imbroglio: Ijaw in Ondo calls for FG intervention 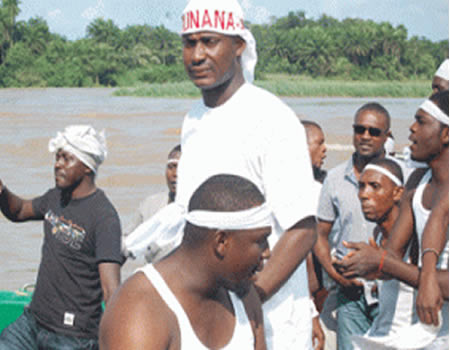 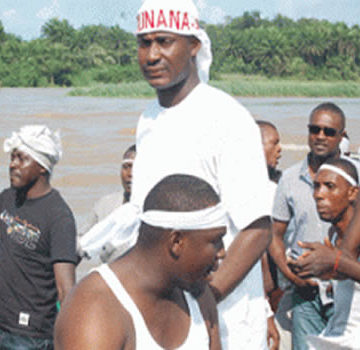 The Ijaw -Apoi communities in Ese Odo local government of Ondo state, have raised the alarm over the impending tension between the Ijaws and Binis in Edo state and called the Federal government to urgently intervene before it escalate into a serious crisis.

According to the people, the Ijaw communities in the Okomu Kingdom, in Ovia South Local government area of Edo State, have been victims of marginalisation by their Bini neighbors in the past saying the Ijaw people have been denied the right to rule themselves.

Speaking on behalf of the Ijaw-Apoi Traditional Council under the paramountcy of the Kalasuwe, Oba of the Ijaw confederation and other traditional rulers, representing the Ijaw-Apoi confederation in Sabomi, the Toboidoi of lgbekebo, High Chief Segun Dabo, said the ancient Okomu-Apoi is an autochthonous kingdom of immemorial existence as part of the Ijaw Niger Delta ethnic nationality and not subject or subordinate to any other traditional authority including the Bini kingdom
and its monarchy.

He noted that the crisis is not only the result of the agelong marginalisation of the Ijaw in Edo State but also the continued brazen denial of the Ijaw people their inalienable rights to rule themselves”,

The Ijaw-Apoi people said “the crisis came following the false and unfounded history by the Bini people, tending to abominably subject the Ijaws of Edo State to the traditional authority of the Oba of Benin”.

The people however expressed their support for the Okomu Apoi saying “We express solidarity with the people of Okomu-Apoi Kingdom and other Ijaw clans in Edo State in their quest for inalienable political, administrative and traditional independence.

“We declare and confirm that the ancient Okomu-Apoi is an autochthonous kingdom, of immemorial existence as part of the Ijaw Niger Delta ethnic nationality and not subject or subordinate to any other traditional authority including the Bini kingdom and its monarchy.

“That the Edo State government should accord the traditional ruler of Okomu-Apoi its appropriate recognition in the First Class status, including other Ijaw kingdoms, as it has done for the other traditional rulers among the Bini, Ishan, Afenmai, Agbor and other ethnic groups in the state.

“That it is so inhuman that the Ijaw territory that produces the wealth of the state, particularly of its abundant oil palm and rubber plantations, extensive forest reserves and crude oil production, which serve as the mainstay of the state economy, could be so unconscionably marginalized in terms of infrastructural development.

“We therefore call on the Edo state government for urgent redress in the interest of humanity. We also call on the Federal Government to urgently intervene in the brewing crisis between the Ijaws and Binis and urge that the Edo state Government do justice to all for the much cherished peace.”

The Ijaw ethnic groups in Ondo however said their intervention became imperative to set the record straight and to appeal to the Edo State government to give sense of belonging to the Ijaws in the state like they enjoyed in Ondo state.

They said “Our intervention herein is to set the records straight in confirmation of the autochthonous status of Okomu kingdom, being an integral part of the Ijaw-Apoi and the aboriginal riverine Ijaw ethnic nationality.”

“Our children have several times represented the state in the House of Representatives of the National Assembly and have been appointed to the position of the Vice Chancellor of the state owned university, ambassador, High Court judge, Minister of the Federal Republic and presently the Deputy Governor and Governor of the state, among other top positions.

“The Bini people and the Edo state government need to take a cue from this civilised way of treating minorities.

“Our last visit to Okomu left a sour taste in the mouth in the crude marginalization of the ancient kingdom where there is not even a public primary school.

The Ijaw in Ondo state however called on the Federal Government “to urgently intervene in the brewing crisis between the Ijaws and Binis and urge that the Edo state Government do justice to all for the much cherished peace.”