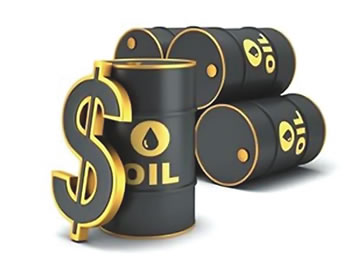 Oil prices extended gains on Wednesday, tracking a recovery in equity markets as leaders look to temper fears over the effects of Britain’s shock EU exit and traders bet on a fall in US stocks.

“Oil markets mirrored the rebound on stock markets as fundamentals came back into focus,” said analysts at PVM oil brokerage.

Global stock prices have risen in a second day of recovery from a sharp sell-off prompted by Britain’s vote to leave the European Union, with Asian markets leading the way on hopes that authorities will unveil fresh stimulus to counter the effects of the vote.

Seoul on Tuesday unveiled a $17-billion plan to support South Korea’s already fragile economy, while news emerged Wednesday that Japan’s leaders were holding talks on how to contain any tailwind from the Brexit crisis.

European leaders, who gathered in Brussels for a two-day meeting, urged Britain to act quickly to resolve the political and economic mayhem unleashed by the vote.

PVM analysts said oil prices were also being pushed higher by threat of a strike in Norway affecting supplies, as well as the shutdown of two offshore platforms in the US Gulf of Mexico.

“The possibility of a strike in the Norwegian upstream sector, where a pay dispute involving more than 700 workers at seven producing fields has the potential to impact combined oil output of around 280,000 barrels per day, almost a fifth of the country’s output,” said analysts at JBC Energy.

And a slight weakening of the greenback, as traders shift out of safe haven investments, also helped as it made dollar-priced crude less expensive for buyers holding other currencies, in turn boosting demand. – Falling oil stocks expected Official data on US commercial crude stockpiles, which is used to gauge demand in the world’s top oil consumer, is due later in the day. But data from the private American Petroleum Institute released late on Tuesday encouraged expectations of a further drop in US crude oil stocks.

“The market had only been anticipating a 2.2 million barrel reduction,” noted analysts at Commerzbank. They said it would not be surprising if the official data from the US Department of Energy showed a marked drop in crude stocks, which would be supportive of the price of oil but unlikely push it sharply higher.

“The continued high level of uncertainty over the United Kingdom’s upcoming exit from the EU is likely to preclude any steeper price rise, however, meaning that it is unlikely that the $50 per barrel mark will be exceeded in the near future…” They added that strength of the US dollar in the wake of the Brexit vote also limits the potential for oil prices to push sharply higher.

Borno gov in Aso Rock over deaths in IDP camps