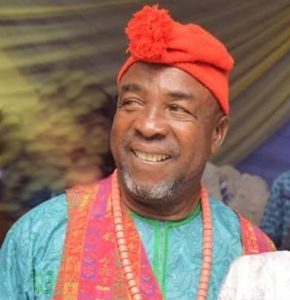 Oil palm farmers in Nigeria have said they have met all necessary requirements needed by the Central Bank of Nigeria (CBN) to access loan for this year’s planting season, but they are yet to get the funds.

The farmers’ group also said some oil palm farmers and millers had already procured processing machines while they await funds from the CBN to kickstart production.

Speaking with Tribune Online, the National President, Oil Palm Growers Association of Nigeria, Igwe Hilary Uche said he had grouped the oil palm farmers in clusters in some States which was a directive from the CBN, but the funds were yet to come.

“I have been planning to find my way to let the whole world know that up till now, CBN is still on the modalities of how to give out the loans to oil palm farmers.

“They have suggested that I visit every state and organize the oil palm farmers in clusters, that is grouping them into cooperatives.

“I have succeeded in doing that in some states, and I told them that this program will be very beautiful if they can only empower the farmers and millers through providing modern equipment to enable them produce oil that is exportable.

“The CBN requested that each cluster must be independent with their executives in place so that they can access the loan. I have started revisiting those clusters so that I can put them together.

ALSO READ: Gombe to track incomes and expenditure of 2020 budget

“The CBN had been telling us that the money is ready, but they have not started disbursing them to the farmers, and that is what we are waiting for.

“Some of the millers have provided machines by themselves which will enable them produce the palm oil for export, but they are awaiting loan from CBN to kick off production.

“Our rural farmers produce oil in a very large quantity without a marketing quality. I will make sure I convince the CBN to support the farmers and millers to install these machines in order to assist their existing mills, and the CBN had considered that”, Uche said.

The Oil Palm Farmers National President said the support from CBN may not be useful if it comes at the time when the farmers can no longer plant because of limited rainfall.

“I suggested to them that disbursement of funds should be done in February so that farmers can plant during the rainy season”, he added.

On the areas of support, Uche said “the CBN will support us on logistics, labour, land clearing, planting, harvesting and processing.

“They said they would give us money to expand our plantations, because they are only supporting those who have plantation already which most of us have”.

Gombe to track incomes and expenditure of 2020 budget