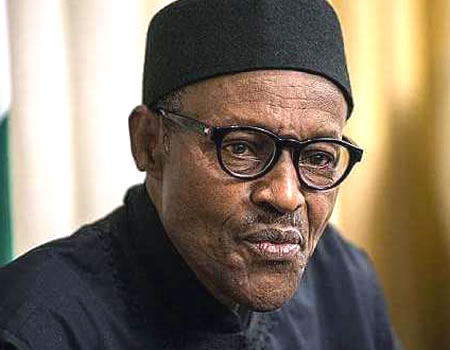 With the prediction of significant growth in Africa’s oil and gas potential in the next two decades come some serious challenges that need urgent fixing, if the continent would realise this growth potential, RUTH OLUROUNBI writes.

As has been predicted several years ago, it was reemphasised again that International Petroleum Week 2016 in London, UK held last week, February 9-11, 2016 that new discoveries in Africa’s oil and gas increases the continent’s oil and gas industry’s significant growth in the next 20 years, in spite of the low oil prices.  It will be recalled that six of the top 10 global discoveries in the oil and gas sector in 2013 were made in Africa, with more than 500 companies currently exploring deposits in the continent.

At parallel conference on “The African oil and gas growth story” chaired by Ade Adeola, Managing Director, Regional Head of oil and gas, Africa and Middle East, Standard Chartered Bank, it was said that despite the low oil prices, Africa is set to see significant oil and gas production growth over the coming decades. The South Africa’s oil and gas potential and investment opportunities in North Africa’s oil and gas, recent discoveries oil in West Africa, gas finds in East Africa have attracted global excitement in the continent’s growth and development as analysts and stakeholders view these finds as potential that may revolutionise Africa’s growth story, yet, African oil and gas investors are wary that the continent be standing in its own way.

From proven oil reserves of 132 billion barrels, Africa produced nine million barrels of crude oil per day (bbl/d) in 2011. Eighty-one percent of this oil production came from Nigeria, Libya, Algeria, Egypt and Angola in 2011. Africa has proven natural gas reserves of 513 trillion cubic feet (Tcf) with 91 per cent of the annual natural gas production of 7.1Tcf coming from Nigeria, Libya, Algeria and Egypt. Thanks to 10 global discoveries in oil and gas, seven of which were made in Africa, the continent is, therefore, seen as experiencing continued growth, especially with East Africa emerging as a new source of gas and oil.

Thanks to significant gas finds in excess of 127Tcf in Mozambique, and with further exploration and development, it is expected that the country could overtake Nigeria and Algeria as the African country with the largest gas reserves, thus creating the potential for another African super player. Mozambique is expected to become the second-largest exporter of Liquefied natural gas (LNG) by 2025, as the country steps up production from 10 million tonnes per annum (Mtpa) in 2017 to an envisaged 50 Mtpa. Thus, “access to the lucrative Asian LNG market has significant economic benefits for the East African region and could act as a catalyst for meaningful economic development,” PwC suggested.

Also, developments in Ghana have demonstrated the possibilities within Africa to the world. The Jubilee field was hailed as the fastest ever deepwater development, taking just 24 months from development to production.

These developments, according to PwC, have opened up “many key opportunities within Africa due to: new exploration blocks being opened for competitive bidding, port development and management, pipeline engineering and construction (both subsea and onshore), onshore and offshore maintenance, LNG plant engineering and construction, CO2 reduction and gas-powered electricity generation, other gas monetisation projects for local use (methanol, fertilisers, urea), stability of supply and security of supply with a reduction in exports, foreign exchange inflows (before and after the oil price crisis), distribution of wealth – a benefit for all citizens, infrastructure development mega projects and new refinery development or upgrades.”

Despite these new opportunities, however, African oil and gas industry still faces diverse and numerous challenges, which include insecurity issues, illegal oil bunkering damages, estimated at 150 000bbl/d by Shell Nigeria in 2012; political interference (uncertainty and delays in passing laws, energy policies and regulations into law) which are stifling growth, development and investment in a number of countries around Africa, among others.

These challenges, as has been discovered over the years and mentioned event at the International Petroleum Week in London, are not new, but must be seen, in the longer term, “as opportunities to open new ways of thinking, creating innovative business models and demonstrating responsible leadership.”

These challenges, which investors in Africa have grappled with for over a decade, have led to several calls to the governments to provide, most importantly, favourable operating environment which allows for them to implement strategic and long-range planning that does not only benefit them, but also the countries in which they operate in. The allowance for oil and gas companies to control costs, while continuing to weigh up the risks and benefits of new projects, new products and evaluating how much capital to invest have once again led to the call for regulatory, safety, environmental and political stability in African regions.

Speaking on the topic, ‘Hot spots or not? Updates on the global supply landscape’ at the plenary session on Thursday, Tinubu, sharing his views on the energy prospects and challenges faced by some of the most important oil and gas producing regions, identified that in attracting investors into Africa’s oil and gas industry, the governments must provide for “attractive fiscal policies and incentives, improved governance and transparency, provision for adequate supporting infrastructure, security of operations and investment,” among others.

For instance in Uganda, Ghana, Tanzania, Nigeria and Kenya, new players insist that poor infrastructure, uncertain regulatory framework are the biggest challenges they face while doing business in Africa, thus, forcing governments around the continent to review or develop new energy policies that could potentially revolutionise the industry in terms of “changes in the government take, taxation regulations and state participation.”

It will be recalled that the Nigerian government since 2006 has been in the process of implementing the Petroleum Industry Bill which as at 2013, it was estimated that uncertainty around it has cost the country $50 billion in capital projects.

In terms of transparency, until the passage of its 2012 amended Oil Bill allowing Tullow Oil to enter a partnership agreement with China’s National Offshore Oil Corporation (CNOOC) and France’s Total, could the country begin to move forward, recording some progress. The tripartite partnership helped unlock $10 billion worth of investment in vital infrastructure which included a 30,000 bpd oil refinery, as well as pipelines, both for transporting petroleum to Kampala, and for exportation.

The country recorded a further positive development in February 2014 when the government signed a Memorandum of Understanding with the three oil companies, setting out a framework for planned production, as well as details for the amount of crude oil that will be sent to the planned refinery and pipelines. “By formally stating the details, the memorandum reduces some uncertainty that investors might have had,” KLMG reported.

Despite these measures however, it is believed that the country may have missed an opportunity as an important player because it would not put measures in place to ensure transparency and good governance in the first place.

For Africa to develop its potential in terms of oil and gas business, despite its impressive records, it must be ready a large sum of money in its development. It is on record that Africa one of the foremost net exporters of oil, with only the Middle East’s net exports are greater than that of Africa. Yet, as incomes still remain very weak, oil consumption in most countries is low and as “as such, Africa’s oil consumption accounts for only four of global consumption, leaving a large amount of oil to be exported,” KLMG said in its 2015 report.

“Oil reserves have grown particularly quickly since the mid-1990s as improved political environments have made it more attractive for foreign oil companies to explore. This also resulted in Africa’s share in global reserves rising from 5.9 per cent in 1993 to as high as 8.6 per cent in 2006, although this ratio has declined to 7.7 per cent since then,” the company said.

Despite the increase in reserves, there is still massive scope for further exploration. According to some estimates, there are at least 100 billion barrels of oil offshore Africa still waiting to be discovered.

Thus, energy companies need to make significant investment to harness opportunities in the African hotspots. Tinubu put the estimate of total investment to $4.61 trillion. For instance, according KLMG, in Mozambique, Anadarko and Eni plan to build four LNG trains with a combined capacity of 27 billion m3 p.a. by 2020 with another few trains set to be built by the mid-2020s. The International Monetary Fund (IMF) puts investment estimates for processing the natural gas at $24bn by energy companies for site preparation and other infrastructure requirements – of which it is assumed that “US$4bn will be invested during each year between 2014 and 2019, with all contents assumed to be imported.”

This, therefore, there is an urgent need for African governments to do away with political interference and a lack of transparency about procedures particularly with regard to the awarding licences and production agreements and everything that could potentially pull investors back from doing business on the continent.

In 2014 alone, was deemed the world’s second largest FDI destination, attracting $181 billion in revenues. This is in spite of the recurring challenges confronting the continent as a whole. This development thus prompts analysts to wonder: why do governments seem not particularly interested in improving governance and transparency?

In Nigeria for instance, investors are particularly frustrated with Nigeria’s operating environment, which they said posses a greater constraint to investment in the country. The close to eight-year delay in signing of the Petroleum Industry Bill (PIB) significantly “creates a lot of uncertainty about the fiscal framework and has significantly reduced the incentive to invest in the sector,” according to a KLMG research, and for this reason, the research conclude that “we did not even expect much new investment in Nigeria’s oil and gas industry when oil prices were US$100/bbl…” not to mention now the current oil price. The researches therefore, concluded that “if the Petroleum Industry Bill is passed and it offers investors favourable fiscal terms, investment is expected to increase sharply.”

In attracting investors into Africa’s oil and gas industry, there must be policies and intentional implementation of the policies that assures for safety as well as fiscal incentives for energy companies to make investments on the continent. In Nigeria for instance, lack of fiscal incentives, the high set-up costs and time needed to develop LNG facilities in order to export gas are serve as deterrent to investors interested in doing business in the country.

Insecurity (to lives and infrastructures) also reduce the incentive to invest, while Nigeria’s challenging business environment can also make investment a daunting task for many companies, analysts have also said.

It is therefore, pertinent that the Nigeria government moved away from empty promises of fixing the problems and take positive steps to securing the safety of lives and properties in collaboration with the investors.

I have crush on my friend’s mother!

Why unethical practices are rife in insurance —Ogunbiyi