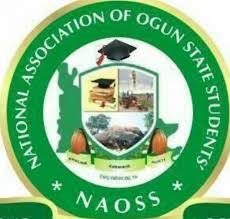 The National Association of Ogun Students (NAOSS), has demanded a sum of N5 million as compensation to the family of a secondary school student, Opeyemi Odusina, knocked down by an operative of the Nigeria Customs Service (NCS), at Ihunbo in Ipokia Local Government Area of the state, on Monday.

The student’s body at a press conference in Abeokuta on Wednesday, addressed by its National President, Ogunrombi Gbemileke, described the incident as unfortunate.

Ogunrombi said the Association embarked on a fact-finding mission to the scene of the accident to ascertain the number of those who lost their lives but was shocked to know that only one life was lost against three lives as reported by some media outfits.

NAOSS blamed the Customs officer who drove the ill-fated vehicle seized from the smugglers of reckless driving.

They, therefore, demanded full payment for all the injured persons.

Other demands by NAOSS included immediate employment of a member of the late victim into the service of the NCS.