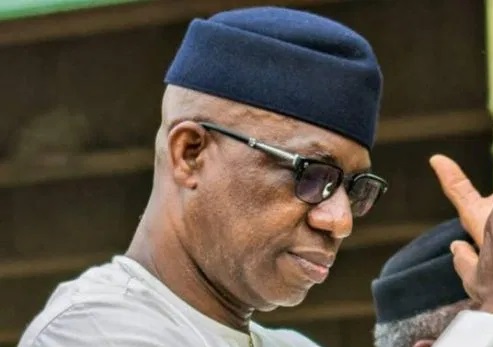 The Ogun State Government on Monday has ordered residents of the state living in flood prone areas to relocate temporarily from their abodes, following the impending flood in the state and some other states in the federation.

Stating this was the State Commissioner for Environment, Hon. Abiodun Abudu-Balogun, at a press conference in Abeokuta, the Ogun State capital, that the movement became necessary following the warning by the Nigerian Meteorological Agency (NiMET) that some parts of the state would experienced flooding, to avert disaster.

The commissioner explained that not less than 40 communities in 10 Local Government Areas of the state are at risk of the flood.

Abudu- Balogun said some illegal structures constructed on water ways have been marked for demolition, while identifying indiscriminate dumping of refuse in canals and other water channels as one of the major factor responsible for flooding.

He added that government had been dredging rivers and desilting of canals to allow for free passage of water.

“The fact that they are living in flood prone areas does not make them less important. Their lives matter to the Governor Dapo Abiodun and the government of the State.

“Whether they are living on illegal structures or not, we shall continue to make sure that government protect them. That is why we are saying that yes, they might have done things that are wrong but because your lives are very important to the government, leave these flood prone areas.