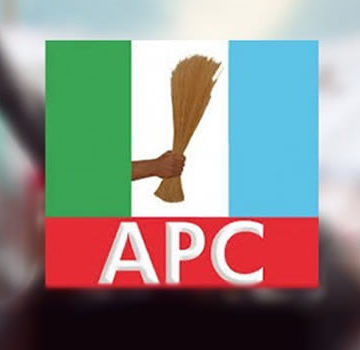 THE Chairman of the Nigeria Deposit Insurance Corporation (NDIC), Chief Bode Mustapha, has petitioned the Ogun State Commissioner of Police, CP Ahmed Iliyasu, over alleged threat to his life.

Mustapha, a chieftain of the All Progressives Congress (APC), in a two-page petition dated 19th of October, called for security cover to secure his life from being attacked by the unknown people whom he said had been threatening him with phone calls.

The Egba High Chief said he started receiving threatening calls shortly after his remarks made at a solidarity meeting held at the Iperu Remo country home of the governorship candidate of the party, Prince Dapo Abiodun, supporting the former’s choice.

TribuneOnline recalls that Mustapha, had last Sunday, called on all party faithful to ensure Abiodun’s victory at the polls in 2019.

He stated in the petition that some hoodlums had visited his Abeokuta home and office in an attempt to “kill” him, on two different occasions.

“As a law-abiding citizen of Nigeria and a staunch member of the APC in Ogun State, I am entitled to express my freedom of association and expression as enshrined in the Nigerian constitution.

APC accuses opposition of destroying its billboard, posters in Ebonyi

“Trouble started shortly on Sunday 14th October 2018, after I made the ‘short remark’ at a solidarity meeting in honour of Prince Dapo Abiodun, whereby I expressed my support for Abiodun and representatives of invited media organisations carried the report in their publications the following day.

“It is evident from my speech in Iperu that I am one of the main backers/supporters of Abiodun who the National Working Committee has confirmed as the party’s governorship candidate in Ogun State.

“I am therefore calling on your good office to quickly wade into the matter, unearth the persons behind the “threat to my life”, their sponsors as well, and above all, help me in providing security cover for my life. The late Dipo Dina episode is still fresh in our memories,” he said.

APC accuses opposition of destroying its billboard, posters in Ebonyi