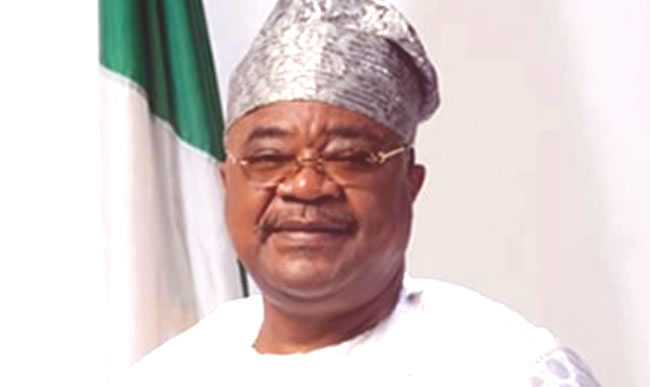 Upon completion, the Ogbomoso-Fapote-Iseyin road will be named after the late former governor Adebayo Alao-Akala.

Governor Seyi Makinde disclosed this when Governor Abdulrasaq Abdulrasaq of Kwara State flagged off of the construction of the 76.67kilometres road on Wednesday.

Speaking, Makinde explained that his administration considered the construction of the road expedient, because the road will facilitate trade between Oyo and Kwara States, especially the movement of agric produce, farmers and other investors.

He added that the road will also facilitate intracity and interstate movements as well as easy movement between the Ladoke Akintola University of Technology (LAUTECH) campuses in Ogbomoso and Iseyin.

He said his administration is leveraging on the state’s comparative advantage in agriculture and is intent on developing all zones in the state by creating effective road network.

“Of what good is it that our farmers are producing but they cannot move their produce to the market? Or that they have access to just local markets where only people from the same vicinity can buy, whereas they can get paid more when they are able to easily travel to larger markets not just within the sate but also outside it.

“Of course, this our view of expanding the economy through efficient road network may not be understood by many, especially those who do not have the interests of the state at heart.

“Or how else will you explain it that someone is questioning the importance of the Airport-Ajia-New Ife Road with a spur to Amuloko and the Iseyin-Ogbomoso road projects, saying they have little or no economic value to the state?” Makinde added.

State commissioner for Public Works and Transport, Professor Dahud Shangodoyin disclosed that the project, split into two concurrent lots on December 6, 2021 for delivery within 13 months, was awarded at a total cost of N43.625billion.
In his remarks before the flag off, Governor Abdulrahman Abdurasaq said the Iseyin-Ogbomoso road will help in creating huge economic value on the axis as well as decongest the ever-busy Oyo –Ogbomoso road.

He added that the road project which will reduce travel time for those who want to travel further south to Abeokuta, and serves as a shortcut for those coming from Northern Nigeria, including Kwara, enroute Iseyin, Igboora or Abeokuta.

“It is the right step if we truly desire growth. If a huge percentage of our people are farmers, it is a no brainer that agribusiness value chains will only thrive when we connect our vast arable lands to the city centre through good roads or rail,” Abdulrasaq added.

Group wants explanation over continued detention of Nyame, Dariye, others after…