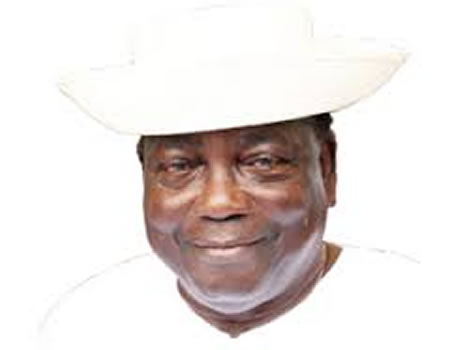 Family members of the late Dr Samuel Ogbemudia has disclosed that the late former governor of old Mid-West Stats dug his own grave in his compound long before his death and instructed that he should be buried as soon as possible because he did not want to be put in the mortuary.

Ogbemudia, who was a two-time governor of old Bendel State, died at about 11:09 p.m. on Thursday in Lagos.

Eldest son of the late Dr Ogbemudia, Samuel Ogbemudia Jr, who spoke with journalists at his late father’s residence in Benin, said the family was yet to meet on the burial plans.

He said, “He was a great man, no doubt about that. I think we learnt so much from him. I will miss everything about him.”

It was gathered from a family source that Dr Ogbemudia became critically ill shortly after his 84th birthday after he fell in his house and suffered stroke.

She further added that plans were underway to bring Dr Ogbemudia to Benin next Wednesday before his death Thursday night.

Meanwhile, a statement by Governor Godwin Obaseki of Edo State declared a 7-day mourning commencing from Friday in honour of Dr Ogbemudia.

In the statement made available to journalists by the interim chief press secretary to the governor, John Mayaki, Obaseki described Dr Ogbemudia as a fine military officer, who helped liberate the Mid-West Region during the Civil War and that the Old Bendel State became a leading state in education, sports and industry under his administration.

Obaseki said, “As we mourn our great leader and father, we take solace in the legacies he bequeathed Edo State and indeed Nigeria

As a mark of honour, I hereby declare 7 days of mourning commencing from today.

May the soul of General (Dr) Samuel Ogbemudia rest in peace.