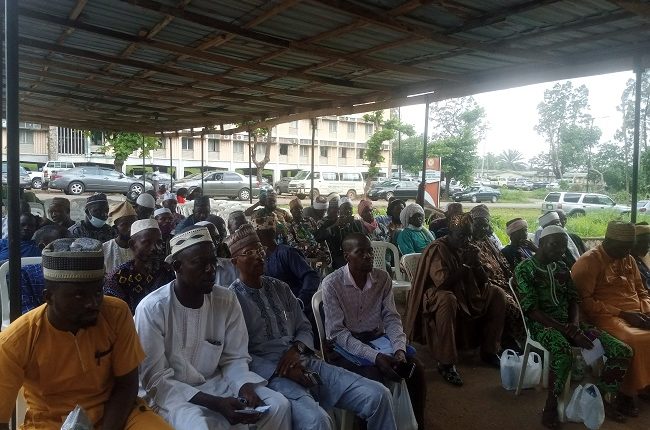 Olatunbosun gave this charge, on Thursday, during a Community and Public Enlightenment programme on security and peaceful coexistence, held at State Secretariat, Ibadan.

He noted that the state government sought the prayers of leaders and adherents of all religions to give spiritual backing to the efforts of the Governor Seyi Makinde administration targeted at tackling present insecurity in the state.

He argued that the Makinde administration had spent hugely on logistics and welfare of personnel of security agencies but the results had not been commensurate.

Olatunbosun, especially, urged the Islamic clerics to pray to God to expose saboteurs of the state government’s efforts.

Noting that a peaceful state was in the interest of all, he demanded prayers, day and night, to ensure that Oyo State and the Makinde administration does not fail.

In his remarks at the event, Oyo State Coordinator of National Council of Muslim Youth Organisations (NACOMYO), Mr Daud Afolabi said it was a must for Muslims to pray for peace and order in the state.

He questioned how many Muslims say a prayer for Oyo state in their daily prayers, urging them not to downplay the role of prayers in resolving present insecurity in the state.

In playing their roles to assist the government, Afolabi charged Islamic clerics to take their preaching right to the barracks of thugs and area boys.

Arguing that Muslims boasted of the highest population in the state, Afolabi also urged Muslim parents to give the right training to their children/wards so that they do not constitute a nuisance to the society.

He however charged the Makinde government to heed security advice and put in more efforts to tackle insecurity in the state.

Another Islamic leader, Abdulrahman Taiwo urged the state government to mandate that the celebration of the Egungun festival should be restricted to the frontage of their respective family houses.

On his own part, Alhaji Abdulahi Adekola urged the state government to look at the menace of drug abuse with the high number of alcohol and Indian hemp smoking joints littered across the state.

He noted that many a time, people perpetrate crime after abusing drugs and other similar substances.

Pointing to the immediate past administration of Senator Abiola Ajimobi, another Islamic cleric, Alhaji Kazeem Abdulazeez demanded firmer handling of thugs and anyone prone to commit crime and criminality.

Also speaking, Alhaji Mohammadu Saheed called for the empowerment of thugs and the provision of job opportunities to take unemployed persons off the streets.

This is as he demanded that there should be a plan to rehabilitate and resettle thugs and youths if they are to forsake acts of thuggery and criminality.