Of quality and politics of education in Osun 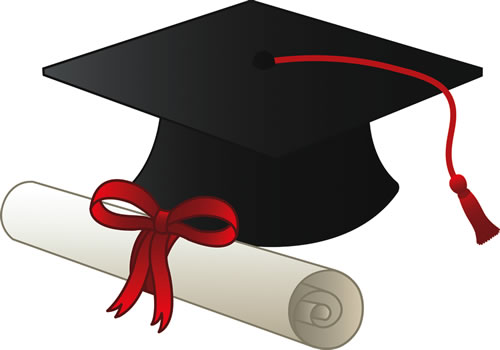 There has been a number of commentaries related to happenings in Osun early this year 2020, concerning education and these have focused on alleged reversal by Governor Gboyega Oyetola, of some policies initiated by the previous government led by Ogbeni Rauf Aregbesola. These have ignored the fact that the reviewed policy issues are quite few compared to those adopted and being continuously implemented by the Governor.

Progress in life requires continuous review of situations and policies. However, rather than educate and edify, most of the commentaries have focused on the mundane and unimportant at the expense of the fundamental responsibilities of government on education.

It is unfortunate the level to which we have sunk. If you read these contributions, you are more likely to think the most important contributions to education in Osun by the Aregbesola administration, in which Governor Oyetola was the Chief of Staff, were, (i) restructuring of schools into Elementary, Middle and High Schools, (ii) single school uniforms for government owned schools and (iii) The renaming of government owned schools; in that or any order.

By statistics provided by the West African Examination Council (WAEC), which can be independently verified by anyone, the best performance in West African Senior School Certificate Examination (WASSCE) in Osun during the tenure of the Government which Aregbesola took over from, was 15.68 per cent for credit passes and above in English, Mathematics and five other subjects (and this was in year 2010).

The implication of this was that out of 43,216 pupils presented by that Government only 6,777 pupils had credit passes and above in five subjects, including English and Mathematics. So in the best year of that government, 36,439 pupils in Osun out of 43,216 could NOT matriculate!

However, the interventions on education by the government led by Aregbesola produced a result in 2018 which was 40.85 per cent credit pass in five subjects and above, including English and Mathematics – certainly not good enough yet, but not in the same league as 15.68 per cent in 2010 that he met.

The change of School Uniforms was first and foremost a social safety response to the sorry state of the worn and torn School Uniforms, that many of the pupils wore in government owned schools in the year 2010. This was because their parents had been impoverished by bad governance. Government provided free of charge, 750,000 new School Uniforms designed and sewn to world class standards. These helped immediately in lifting the image and the spirit of the child of the ordinary citizen.

The opportunity for goodness which the provisions of free School Uniforms represented also presented opportunity to reflate a depressed economy and elevate the skills sets of the people in cloth making. It was also an opportunity to create unique identity for government-owned schools. All these opportunities were seized with all hands.

It is unfortunate that many of the commentators on unification of School Uniforms in government owned schools do not see the economic benefits and linkages that accrue, with mass production and merchandising of goods, for which market has been created through deliberate acts of government, as catalyst.

Beyond the name change, the Reclassification of schools into Elementary, Middle and High Schools does not in any way differ from the National Education Policy. Our National Education policy specifies One Year Early Child Education, 9 years of Universal Basic Education (UBE) and 3 years of High School Education. There is no valid certificate in our system in Nigeria any longer for 6 –Year Education since the UBE law was passed.

Osun was not running the Basic Education System as required by the Policy and the UBE law before the government led by Aregbesola. Osun ran the Junior Secondary Schools (JSS) and Senior Secondary Schools (SSS) under the same assets, structures and management inappropriately, because of the reluctance – or may be ignorance – to embrace change from the old order.

So why did the government led by Aregbesola not just break into 6-3-3, rather than change what was supposedly working completely?

The truth was that it was not working, but no one was measuring the output. If it was working it would not have delivered 15.68 per cent in WASSCE in year 2010 as the best result during the previous government. The Primary Schools were sending into the Secondary Schools, pupils with poor literacy and numeracy skills and poor understanding of basic scientific concepts.

In developed economies, you require very good first degree from a good university and still require to pass in the qualifying examinations before you can qualify to train as a Teacher. This is to ensure that the brightest and best teach in their schools and even more particularly, in the Primary (or Elementary) Schools. Teachers working in Primary Schools are expected to teach most of the subjects to pupils in their classes and so need all round competence in various subjects.

In Nigeria, as currently structured, it is mainly the holders of National Certificate of Education NCE, that teach in our government Primary Schools. Meanwhile we all know that for several years the requirements for admission into NCE programmes is the lowest either in WASSCE or UTME when compared to admission requirements for Universities and Polytechnics.

What our pupils require to learn by the time they get to Primary 5 and 6 in Quantitative and Verbal Aptitude, Mathematics, Introductory Sciences and Technology, are generally beyond the capacity of many Teachers holding NCE certificates only.

However, in Secondary Schools, minimum requirements by the National Policy on Education are University Graduate Teachers who are Specialists in core subjects like English Language, Mathematics, Physics, Biology, Geography, Economics, Basic Science, Basic Technology etc. that they are expected to teach.

The immediately effective solution to provide quality education at Primaries 5 and 6, for the government led by Aregbesola, was to move the pupils at those levels to the Middle (JSS) Schools where the Teachers are specialised in the subjects they teach.

Another important consideration that supported moving the pupils in years 5 and 6 to the Middle School was that the school feeding programme which was initially designed for years 1-3 pupils could have a backlash – which many others have not considered.

How will pupils in grades 4, 5 and 6 react psychologically and in the long term, to the situation where every day, their younger colleagues in years, 1,2 and 3 are fed nutritious meals within the same premises by the State, while they may be hungry?

The response of the government led by Aregbesola to this was to extend the school feeding programme to year 4 – and Osun was the only State and may still be the only one, feeding pupils in year 4  – and move the year 5 and 6 to Middle schools, such that there would not be pupils in same school hungrily watching their younger colleagues being fed, or pupils refusing to be promoted from one class to the higher class because of school meals.

I have not read how to resolve any of these two issues in all the commentaries on reclassification. I have read discussions about school reports to track school performance but once every child is captured biometrically with unique identity as discussed earlier, all it required to track the progress of the child, whether in an Elementary (Primary) or Junior Secondary (Middle School), or the parents change location and town, is robust Educational Management Information System (EMIS) which was provided.

To deepen and document its programmes for continuity in government policies, the government led by Aregbesola, with the support of International Development Agencies, developed the State Development Plan which included its Education Development Plan. It also concluded and adopted the Omoluabi Policy on Education. All these were done as part of its contribution to delivering education that guarantees Sustainable Prosperity in Individual Life and Society.

The Aregbesola-led government was focused on the quality of education given to the child of the ordinary citizen and his/her learning outcomes while many of his critics – and they can be quite loud – have been focused on uniforms, restructuring and names.

As credit to the ordinary citizens that Aregbesola sought to serve, the provision and unification of school uniforms, restructuring into Elementary, Middle and High Schools, and the renaming of schools were all concluded by 2013 and even though the noise and conspiracy from these self-appointed critical elites were strident against him, the people showed their appreciation by returning him for a second term in 2014, with more than two thirds of the votes cast in the state for his re-election.

Of Lagos, FG and security initiatives