Of public events and events 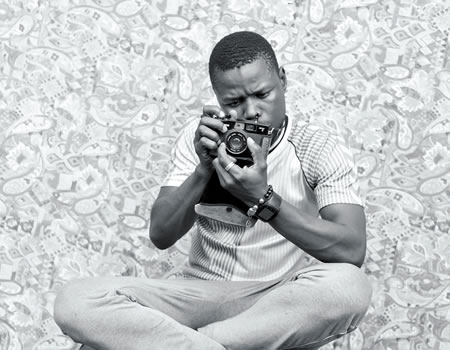 THERE  are events, meetings and there are high level meetings. Events are categorised by the position of the people to attend them. In protocols and other diplomatic issues, meetings to be attended by heads of state or high ranking diplomatic, government officials are not just ordinary meeting. Such meetings are classified as high level meetings. It is not always free for all, though some other relatively  unknown delegates may attend based on purpose. There are protocols in many high level meetings: photographs, sitting arrangement, among others. Not many of the high profile individuals attend such meetings with an excessive number of  security details, as is often the case  in Nigeria. Many of the high-profile individuals walk freely, in some instances,  in the crowd with their security details not really visible even though they are present. Presidents, ministers, ambassadors, top military and police brass of many countries often allow people to greet as well as shake hands with them.  Some even allow photographs with them. This said, I do not know where our ‘overnight social media advisers’ came up with their ‘photograph rule’ for popular figures.

Those who had been following the FBI’s recent release of  names of  77 Nigerians involved in  various cyber frauds which took place in the  USA would recall that one of the accused was said to have taken photographs with Mr. Festus Keyamo, an activist turned politician who was recently appointed as  minister. Given this scenario, ‘overnight social media experts’ within the Nigerian social media space have come out with warnings relating to why important figures should not take photographs with just anybody who asks them for such in a public or private event. In this piece, I share three personal experiences. In 2014, I attended an international event  in  Qatar. The event had some high level individuals as well as industry actors who possible may not be known to have global faces like me. Most of the high-level individuals had  their security details with them but except you were a keen observer, you would not know. One, the number was minimal and they were not there for ‘notice me’ as we usually experience In Nigeria. Some ministers and high level diplomats walked freely among the delegates. Ordinary persons could walk up to them, greet and exchange call cards.

I also noticed that the majority allowed delegates to take photographs with them.  I had an encounter with Garcia Marcel,  Nelson Mandela’s late wife. She was an extremely humble lady, very warmly and approachable by my own assessment. She shook hands warmly with me and other delegates who wanted to have a chat with her. The first thing she did with everyone was to look at your name tag, call you by name and ask what your organisation’s focal point was. Then, she talked with  you like an old friend. After my chat with her, I requested  a photograph with her  using my  big tablet. It was from here her security detail, a firm and beautiful lady, moved closer to my ear and whispered ‘Sorry sir, we do not allow pictures with her, many had used that opportunity mischievously.” I quite understood and moved  on quietly. I guess this rule applied to relatively unknown faces like mine.

I later learned that it was because I was a novice. People usually had their ways. Some who did know that such rules exist would have ‘planted’ a good photographer with good camera  lens some distance away before they approached people of her status. While shaking hands, the photographer would have done his/her job. I do believe this is fraudulent and shows lack of respect for established rules. In 2015, I was at other international conferences in Paris, France and Casablanca, Morocco. I had had the privilege of interacting with high-profile individuals, including diplomats and ministers. But with the Ambassadors of Oman and  Canada, the experience was a bit different. They were both warm and approachable. They talked with me and shared call cards. It was at the point of personal photographs  with them that they made different requests. The Oman Ambassador requested  to take the photographs with me as a group photo with other country ambassadors, many of whom had obliged my request for personal photographs, present. She invited other ambassadors to join in the group photographs.

On the other hand, the Canadian Ambassador just requested that we use the event’s large banner as background so that when I sent her a soft copy, she could remember where the picture was taken. I have related these experiences so that we do not scare high profile people away from  interacting with  people on the street. So with Mr. Festus Keyamo,  I really do not  know what offence he had committed if he had actually taken the said picture with with the accused. There should be no hard and fast rules here. With the level of technology today, a ‘photoshoped copy’ of that kind of photograph could have surfaced on the internet in this situation. So, overnight social media experts should save their warnings for another day.

Even dental problems can kill —Don