Of Mr Culture and tribute to Mama Kaduna 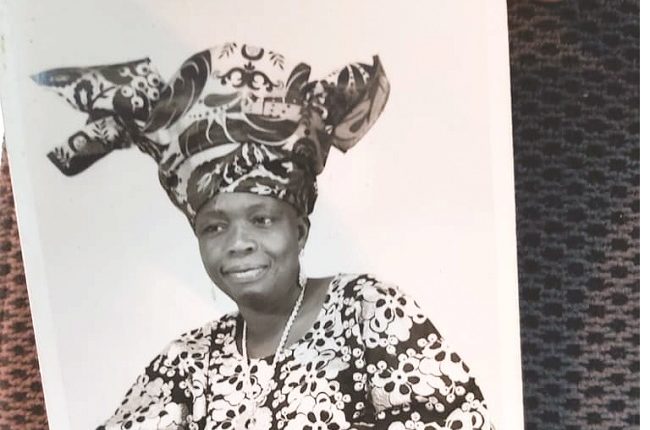 She certainly lived well, took care of her biological children and others who thronged her home, morning and night, looking for succour and protection. She left this world of vanity at the ripe age of 94 years, leaving behind not just a good name but legacies, which will be hard to forget.

Mama Kaduna, Mrs Felicia Adesola Runsewe, nee Ademosun, was a mother, not to tribe or religion. She stood with the downtrodden and ensured her children took after her in caring and showing love to those that crossed their path.

She was an amazon, a different kind, a society game-changer steeped in turning the forlorn looks of the oppressed and the neglected to broad smiles of contentment and pride. She groomed all those came her way in Kaduna.

Madam Runsewe, mother of Nigeria’s culture icon and boss of the National Council for Arts Culture (NCAC), Chief Segun Runsewe, truly represents what our cultural heritage and history is all about, the family heritage, the love for the weak and less privileged. She stood up to conquer.

Though Yoruba by birth and in marriage, Madam Runsewe grew a community of Nigerians, Yoruba, Igbo, Hausa, Isoko and Fulani; as many that came her way became her children and Mama Kaduna was fondly loved for her rich heart.

Though life was tough, she held on well in business and community development. It is no wonder her son, the pressure pot of Nigerian culture reawakening, Segun Runsewe, took after his elegant and cerebral mother.

Runsewe, while piloting the national technical committee on NAFEST, slated for Jos, Plateau State, next month, did not betray emotions concerning this great mother of our time. Runsewe is as strong and will power as a horse.

I have known him for more than a decade and I am yet to see what would make him shed tears or become sorrowful. The demise of his mother, though beating the biblical three scores age bracket, made him drop tears. I wept along and, for a second, I knew his mother, Mama Kaduna, was more than special. I had thought Runsewe was a “Daddy’s boy,” considering the extraordinary care generated towards the passage rites of his dad years ago, but his very beep candour over the glorious call of Mama Kaduna would make anyone who loves parents weep.

Today, I dedicate this column of People and Tourism to Mama Kaduna, who gave us a son to be proud of. Mama Kaduna lived and died for the good of other children in Kaduna. She cared and provided for them. In business, profit was not her driving motive but the welfare of those struggling. She was their “Iroko,” providing support and helping startups to find their feet. Runsewe is on the same mission, helping our nation and people to rediscover our lost cultural glory.

To the Runsewes, take heart, Mama Kaduna is sleeping in the Lord. She did her best, lived well, saw her children and grandchildren; many others in Kaduna might have forgotten but their future made better by a woman, who lived an epistle in Christ Jesus. May God bless the day you were born and recalled back to your maker.

Take heart Mr Culture, your mother deserved more than a tribute; deserved roses, our love, gratitude and appreciation. She lived a life respectful of the best of our culture, the love for neighbours, the rich and poor, a Mother Teresa, though (Felicita) bringing happiness and great joy to many people.

The All Progressives Congress (APC) has told a Federal High Court in Abuja, that the Comrade Adams Oshiomhole-led National Working Committee (NWC) was sacked to solve the internal leadership crises rocking the party.Of Mr Culture  Of Mr Culture

The party also said that immediately the Caretaker/Extraordinary Convention Planning Committee was put in place after the NWC’s dissolution, the crises that had characterised its affairs were laid to rest.Of Mr Culture

His son, Aminu Shehu Idris, confirmed in an interview with the Tribune Online that his late father who was appointed on 15th February, 1975 and spent 45 years in the throne died on Sunday after a protracted illness.Of Mr Culture