Odumakin: I will organise activities to keep his ideals alive —Widow 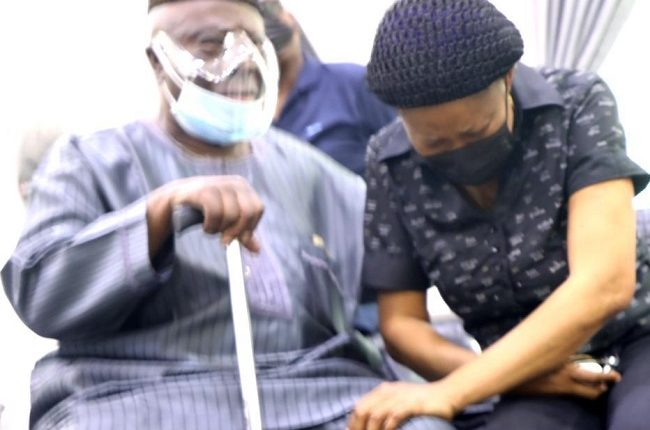 JOSEPHINE, wife of Yinka Odumakin, the late spokesman of Afenifere, has promised to keep alive the legacies and ideals her husband lived for by immortalising him.

Speaking to Nigerian Tribune on Monday on fond memories of her late husband, the human rights activist said: “I will miss everything about my husband and his dedication to worthy cause. I will work hard to keep his legacy alive. What he fought for must not be allowed to die. I will ensure his legacy, his ideals and principles are kept alive. We will organise activities that will keep his ideals and principles alive. What he lived and died for will be immortalised.”

“I gave my husband space to fulfill his conscience on issues. At times we discussed, at the end, he would go ahead with his conviction. Before writing on national issues for publication, we would debate on the writeup and fine-tune it.

“One debate we had was the US election. We supported different candidates. His candidate was Trump, mine was Biden. When Biden won, I made jest of him,” she said.

The widow also said she was not shocked to see some personalities coming to commiserate with her on the death of her husband, despite the position of the deceased on some national issues. Some dignitaries, including the leader of Afenifere, Pa Ayo Adebanjo; national leader of All Progressives Congress (APC), Senator Bola Tinubu; former governor of Ogun State, Senator Ibikunle Amosun; his wife, Olufunso, among others had visited the Lagos residence of the Odumakins on Monday.

Speaking after the visit of Tinubu, Josephine said the former Lagos State governor told her, “Yinka was courageous. He (Tinubu) said to me, ‘we were all together in NADECO days. Yinka was a very courageous and brilliant man. I felt shocked when I heard of his passing. Yinka was a very good person.”

When asked how she felt when she saw Tinubu, Joe said: “I was not shocked when I saw Asiwaju. All people will visit when a good and great man dies. So I expected everybody to come.”

When asked about burial plans, she disclosed that Afenifere leader, Pa Ayo Adebanjo, promised to work with the family and like-minded persons to make sure Yinka is given a befitting burial. According to her, there are no burial plans yet.