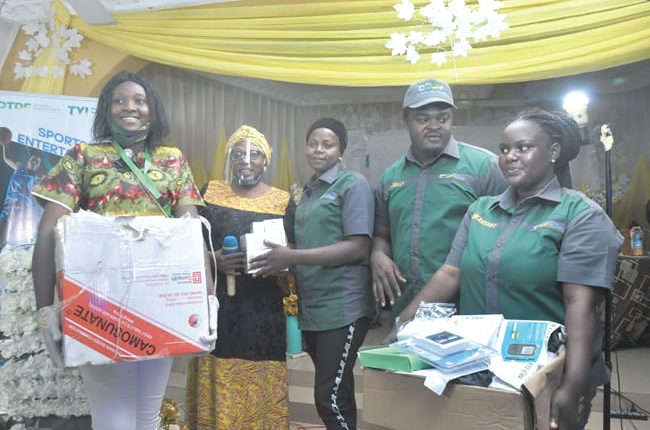 The month of July, this year, will remain  evergreen in the consciousness of the people of Odogbolu,  the headquarters of  Odogbolu Local Government  Area in Ogun State for some time to come. It was the day Dr. Tunde Diya, the son of the nation’s former number two man, General Oladipo Diya (rtd), launched his Dr. Tunde Diya Foundation (DTDF), a non-governmental organisation that is designed to cater to the needy in the community and its environs.

For many, this gesture had long been desired as it goes a long way in complementing efforts of the government. Also, it provides hope for the hopeless and a ray of new beginning for the downtrodden.

The event, which attracted the creme de la creme of the society, including the community’s traditional rulers, the intelligentsia, community builders and leaders of thought, the young Diya explained, was a way of giving back to the Odogbolu community, where he hails from.

Like many other communities, Odogbolu holds very historical relevance and therefore boasts of reputable indigenes both within and outside the country.

This gesture, as many of the beneficiaries would declare, is a clarion call for other wealthy indigenes to remember the downtrodden in the society.

According to Tunde Diya, with the launch of the foundation, held at  Oladipo Diya Library & Resource Centre, located in the town, the underprivileged  in the community could heave a sigh of relief since the  foundation was designed to make life better for the needy and the underprivileged.

“It’s a way of taking the bull by the horns, a means of making life better for the weak, the needy, the poor and the physically challenged in the society,” he stated.

Dr. Diya further explained that the foundation, which would run under The Yellow Initiative umbrella, would also create a platform for celebration of culture, scholarship, intellectualism and humanity.

He explained that the Yellow Initiative was informed by the beauty and purity associated with the colour yellow.

“It also expresses a vivid imagination that becomes a reality that guarantees social, cultural, intellectual and economic success. That is why we are driving this idea through it,” he added.

According to him, the strategic plan of the foundation is  to endow scholarship for the less privileged; relieve poverty amongst vulnerable children, organise seminars, activities and stimulate forums that will empower young people to realise their potential by empowering them with vocational skills, entrepreneurship skills, agriculture, sports and entertainment.

Dr. Diya added that his passion, from his medical school days, was to bring real change that would be beneficial to the young, the weak, the needy and humanity, using the power of modern medicine practice and philanthropy.

He expressed the belief that the foundation would go a long way in supporting him to achieve such goals.

Many of the beneficiaries of the scheme lauded the initiative, saying that it captures the yearnings of the masses who have become impoverished by the long years of failed economic policies and a public leadership that is bereft of ideas that could champion the cause of the people.

They also called on other well-meaning Nigerians both home and abroad to borrow a leaf from this gesture, arguing that it would reduce the burden on the government. They called on the government to also prioritise the needy and the underprivileged in the society as this would go a long way in reducing crime, hunger, poverty and its associated consequences especially during the ravaging impact of the coronavirus pandemic.