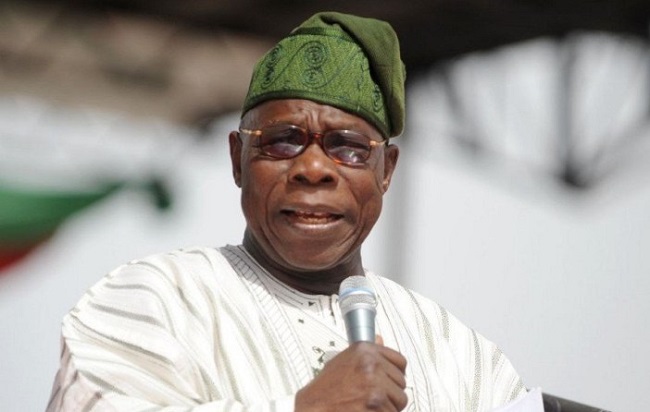 Former President Olusegun Obasanjo has refuted a statement credited to him to have described Senator Ifeanyi Araraume as corrupt and incapable of heading the Nigerian National Petroleum Company (NNPC).

In a statement signed on behalf of the former President by his Lawyer, Dr Tunji Abayomi, and made available to newsmen in Abuja on Wednesday, the former President said he would never make a statement without reflecting on its consequences, insisting that “President Muhammadu Buhari as a sitting President has the prerogative to appoint anyone he thinks can help him realise the objectives of his government.”

The former President added that his preoccupation now was to advance ideas that could help Nigeria attain greater heights in all facets and not to talk about individuals.

He further expressed the view that while he would not talk about people, but issues, he would also expect a turnaround in the economy in the overall interest of all Nigerians.

President Obasanjo wished Senator Araraume and the other members of the Board, the best in their national assignment.

The statement was issued in response to unsubstantiated claims by Senator Araraume’s political opponents who had claimed in several Social Media reports that Chief Obasanjo had condemned Araraume’s appointment as the Chairman of the Board of NNPC.

In spite of the huge investment in the water sector by the government and international organisations, water scarcity has grown to become a perennial nightmare for residents of Abeokuta, the Ogun State capital. This report x-rays the lives and experiences of residents in getting clean, potable and affordable water amidst the surge of COVID-19 cases in the state…OBJ disowns statement  OBJ disowns statement

The Lagos-Ibadan railway was inaugurated recently for a full paid operation by the Nigerian Railway Corporation after about a year of free test-run. Our reporter joined the train to and fro Lagos from Ibadan and tells his experience in this report…OBJ disowns statement  OBJ disowns statement

Recruitments into security agencies have been politicised ― Gov Zulum