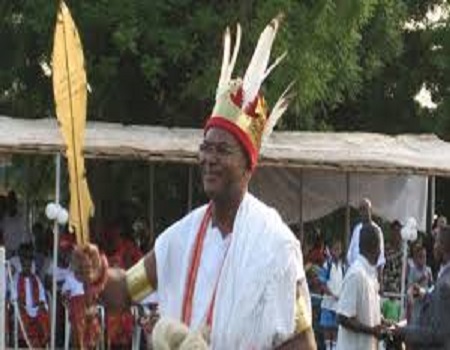 The Obi of Onitsha, His Royal Majesty Nnaemeka Achebe, has called for the establishment of a creative arts festival to be held annually across all five South-East states.

Achebe, who made this call at the Grand Finale of this year’s Life in my City Arts Festival (LIMCAF), held in Enugu on Saturday, said that the South-East had the potential to attract art enthusiasts from across the globe which will, in turn, boost the economic fortunes of the region.

“My own idea which I have discussed with one or two people is that we can declare the month of October, the month of creative arts in the whole of the South East. We already have thriving art festivals like Oraeze in Onitsha, LIMCAF in Enugu, Anbocraft in Awka and Imo is also doing something. We are talking of creative arts: it’s literature, it’s music it’s masquerade and all that.

“Then let’s declare October or any other month you want, though October is fitting enough for the South-East to celebrate arts. Let’s get people from all over the world. Let them come and enjoy themselves. We can educate and develop our children and our region with the arts. And there’s a whole lot of business associated with it. And that’s my real request for today,” he said.

In his speech, the governor of Enugu state, Rt. Hon Ifeanyi Ugwuanyi thanked organisers of the event and artists whose works were exhibited for the quality of works on display.

“I am really impressed that you keep giving your guests and art lovers a course to keep coming back year after year. The quality of artwork on display clearly shows the depth of the mind of the artists. I am convinced that the future is bright for you,” he said.

Also speaking, the Chairman, LIMCAF Board, Elder K.U Kalu said the festival was an addition to efforts been made to unite the social fabrics of Nigeria as over 570 entries made into the first round of the competition from across the country.

Top winners in the competition include Olaoye Victor, who won the top prize for his charcoal medium painting, ‘Angel among gods’, with a cash prize of N500,000 and an all-expenses-paid trip to the Dak’Art Biennale in Dakar Senegal in June 2020.

Others are Clark Toritseju Favour who won N250,000 and a scholarship to attend Bruce Onobrakpeya’s Harmattan Workshop in February 2020, and Samson Ejiofor who won two scholarships and a cash prize of N150,000. Other participants won cash gifts and consolation prizes.