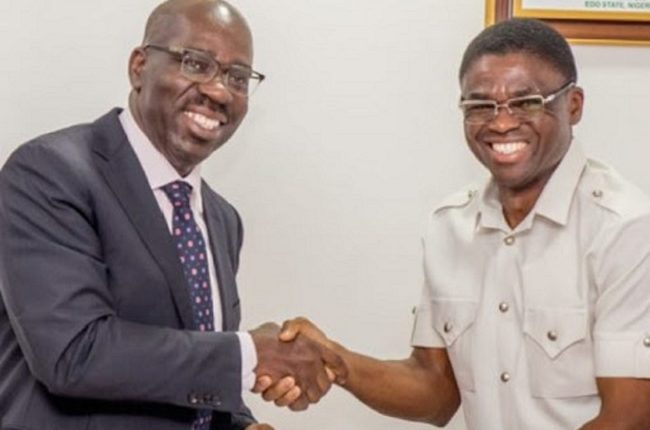 According to the deputy governor, rather than fight the government for not allocating the wealth of the state among some people, his critics should acknowledge Obaseki’s ingenuity and resilience to eradicating poverty in the state.

‘’With a dedicated focus on development and synergy with relevant development partners, we restored the pride and dignity of Edo.

“Obaseki has shaped the state’s vision, mission and value system.

“Edo was a gloomy state when we took over the administration, but today the story is different,” the deputy governor said.

Shaibu added that one of the key planks of their administration was to initiate policies and programmes that were aimed at empowering the people and encouraging the ordinary man and woman to be economically independent.

The deputy governor had given the assurance that Obaseki-led administration’s would continue with the development of the state to ensure opportunities for the teeming Edo unemployed.

“We are developing the state’s economy, impacting the lives of the people directly and promoting commerce and industry.

“We are seeking re-election to enable us to create more opportunities for the good people of Edo State.

“We are improving the workforce in the state and creating a conducive environment for industries to grow.

“We need a government that will continue to open the space for our qualified professionals to compete with others.

“However, today the good people of Edo have a better story to tell about us and that is why we are not distracted by what others are doing.

“We eliminated the incidence of multiple taxations in the state; our administration has respect for traditional institutions and the elderly,” he said.

UN, US commiserate with Lebanon over deadly explosions

GIANT IN THE TROPIC OF AFRICA: Kunle Adewale: Every August 2 is declared as “Kunle Adewale Day” in Cincinnati, Ohio, USA