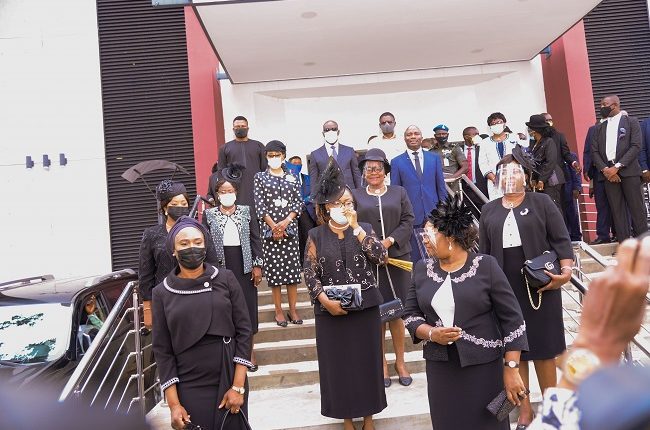 Governor Godwin Obaseki of Edo State on Monday boosted the state’s judiciary by swearing-in, eight new judges, into the state high court with a charge on them to dispense justice with impartiality and fairness.

Obaseki who promised his administration’s support for the judiciary assured that in the new fiscal year 2021, he would focus on rebuilding courts and judges quarters outside the state capital, just as he promised to hand over the newly built Judges Quarters to the Chief Judge later in the week.

The governor also assured judges in the state that he would provide the necessary support for them to adopt new technology in the dispensation of justice. The gesture of support, he added, would be extended to the federal judicial institutions in the state, beginning with the planned relocation of the Court of Appeal from its present location.

“We are making history again in Edo State with the swearing-in of eight new judges. This is part of our avowed commitment as a government to strengthen the judiciary. As I have always said that for us to have a virile democracy, we must strengthen the rule of law,” Obaseki said.

The governor, while urging the new judges to carry out their duties without fear or favour, since their appointment was divine, promise to “continue as executive to help invest in the required infrastructure. Yes, we are appointing judges we have to also provide the environment for the judges to work efficiently and smoothly. We are going to be handing over the court complex this week. This year we will be fixing and rebuilding the judges quarters and courts outside of Benin City.

“We are also going to be working with the judiciary to deploy a lot more technology, particularly in our courtroom to ease the burden of work on our judges. We are in the executive currently undergoing a major transformation by utilizing technology in all our processes and in how we work in government, with Covid-19, it is a bit difficult if not risky to have physical meetings as we used to have in the past and so we are using technology carry on government activities this we believe is the future and we want to encourage the judiciary to adopt the use of technology as much as it is possible in carrying out your activities,” he further assured.

“We are committed to relocating the Court of Appeal from its current location in Ikpoba Hill and just as we support our local judiciary we will also extend hands of support to other federal judicial officers and institutions in our state,” Obaseki added.

Present at the colourful ceremony held inside the New Festival Hall in the Government House, with strict observance of Covid-19 protocol was the first female chief judge of the state, Justice Constance Momoh.